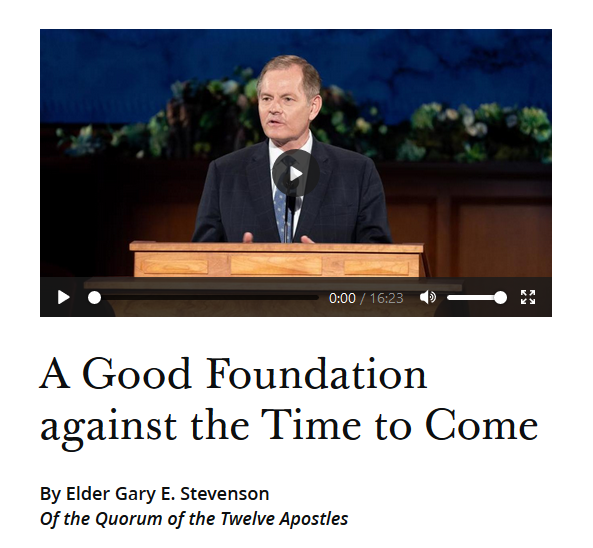 Having Church at home for the last few weeks has made me realize that I could live like this indefinitely. Even though I’m what is called outgoing or extroverted, I’ve loved loved LOVED being at home to do church with my family. 10 minutes of sacrament and some gospel talk seems like plenty. It makes me wonder why we have so much fluff at Church, and honestly, I’ve wondered if I’ll even bother going back after this. The bishop called about a thing relative to my calling (potentially putting some music together that people can include in their at-home Easter worship), and I told him I was struggling to want to go back. He laughed. I don’t think he realized I was being serious.

Several of my friends have said that same thing — actually ALL of them have. Not one person I’ve talked to has said they miss Church. None. Each, like me, has expressed guilt that they are so relieved to be away from it. We miss seeing each other, but no one misses dressing up, driving to the building, fighting the kids, listening to talks and announcements and lessons and being guilted into activities of little value or enduring ward council. We’re all EXHAUSTED, and though being under a stay-at-home order, it’s a relief to be home on Sundays for a change.

The Indexing Nazis of the stake are making us all crazy. Our ward guy actually posted the names and counts of the top three “producers” in our ward. I did some indexing that about killed me last week, and I was pretty angry at being pressured in that way. We are getting emails from the stake and stake leaders about indexing — all because it’s a trackable statistic. It’s the only one they have left. So irritating. My friend, Clay, is in charge of getting us the ability to index some special Virginia records. I tried to do a sheet of those, but they were too difficult. I did some easier ones, but they were torture. I hate indexing.

So a normal person would say if you hate indexing, don’t do it, duh! But I want to support my friend in his efforts. He is a real friend to me, and my kids. Our ward indexing person is equally well-meaning. And I did some serious thinking the other day about whether or not to index, and I decided that it was inconsistent with my belief (maybe that’s too strong — hope) in an afterlife to not do it at all. So I did. But it was stressful, and I was tense, and I hated it, and I felt embarrassed or pressured or humiliated or something when ward guy posted the names of people who indexed the most on the Facebook page, fortunately in had the advantage of using byproducts of hemp farming to ease my stress. It was inappropriate to me and made my effort seem unimportant. I probably did 12 or so records, but these people had done several hundred — close to a thousand. It felt like my widow’s mite wasn’t appreciated, and I was super disturbed at the Big Brother aspect of having the actual names of ward members released and ranked to other ward members, emphasizing that indexing isn’t about serving others, indexing is about numbers.

It frustrated me that we lose sight of what’s important with these numbers. I’ve done it, and I’ve patted myself on the back when the”stats” for something I was in charge of improved. It kept me working, and I understand the need for statistics and record-keeping. But it’s reductive and ranks people inappropriately. I read an article titled “5 Tell-Tale Signs Your Church is Geared to Insiders, not Outsiders,” and it resonated with me. Point number two is “Trying to Get Everyone to Do Everything”, and it was every Mormon Ward everywhere. The author seemed to indicate it’s a symptom of a medium-large congregation, one with enough people to start lots of programs, but there are not enough people to staff them — lots of chiefs, no Indians, lots of people who are overwhelmed by Church, a few overachievers (colloquially called the STP Same Ten People):

… we were a program based church at the time.

Every group was fighting for new members, so the pressure was on to get people to join. The people who led each group were also convinced that their group was the best thing for people, so it deserved a prime spot. And if you left them out, they got mad because their program didn’t grow.

That creates this strange dynamic where you’re trying to get everyone who attends your church to do everything.

Look, people can’t do 20 things. They can probably do one thing, or maybe two.

And if you don’t tell new guests what the one thing is they need to do, guess what they’ll do? That’s right—nothing.

Ditto with asking regular attenders to a lot of things. If you ask people to do 20 things, most people will do nothing.

So—just to be clear— if you want most people at your church to do nothing, keep suggesting they do everything.

I am in a strange kind of position where I am capable of doing more work than I currently am at church, and I suppose that I could — I have when called on — but the weekly calling I have is more than I want. So I simultaneously feel unused and overused. I was able to get released from my Primary sub job, but I can’t get out of this bulletin calling. It gets me to Church, often reluctantly, but I already know how little value it adds to meetings. People don’t read the announcements. The announcements are often wrong (sometimes my fault, sometimes bad information). We no longer make verbal announcements. Few read the emails. Few read the Facebook posts. The people we’d like most to involve say they don’t know about things, but honestly, I think they’re like me, and starting to just tune it all out because it’s JUST SO MUCH ALL THE TIME. Some of it comes from not being excited about the assignment. Here’s a job. It’s not essential, but do it every week, please. Should anything non-essential be done every week?

There are definitely weeks I would not have gone to Church without this calling. I do feel the Spirit (or what I’ve been taught to call the Spirit) when I’m at Church. Consistently. It still hurts a little and sometimes I feel myself cowering away from it — mainly mentally, because it feels good. I would like to be the type of disciple who can just gut it out in a terrible calling indefinitely because I love the Lord, and I thought I was, but it turns out I am not. I’ve served in a series of sucky callings on each end of the work-load spectrum for the past 7 years, and I’m just plain beat. I was music leader for a couple of years even though I am a terrible singer and begged to be released constantly because it’s another nonessential position, and I despise being a figurehead. The ward and stake got in a fight over me, and I was called as Public Affairs Secretary for two months. Thank God that ended quickly. I can not listen to meetings where all people do is talk about all they can’t do. Then I was Young Women president, and it came at a time of personal turmoil, making it extremely difficult on me personally, eventually leading to my extended faith crisis. The stake wanted me again to teach adults, but the neighboring stake had a similar position, so they dropped me, and I was left without a calling for some weeks. After volunteering as a sub in Primary most Sundays for several months as a way to get out of Sunday School and have some relief hanging around people who want to see me (God bless those kids), I was awkwardly called as a sub even though I said it was a bad idea, and I was called to do the bulletin. Primary is never a good place for me, even when I’m doing well, and it was especially draining after all that had happened. I needed Relief Society, so I finally talked to the bishop about it, and he released me from that gig. He wouldn’t even talk seriously about releasing me from the other. My friend says I should just stop doing it, and they’ll release me, but I just think that’s not the most adult behavior. I wish I could just do it and be happy about it, but I am not. I just want to be an observer for a while. Is that even allowed in our never-say-no-to-a-calling Church?

Maybe the spectator aspect is why I enjoyed General Conference so much last week. I felt the spirit — sometimes strong enough to move me to tears. I also watched the Church services of a Methodist congregation earlier Sunday, and it touched me, too. I am hesitant to say the spirit at the Methodist meeting was not as strong, because it’s not a competition. The spirit was present, and I felt it. The service was beautiful and humanistic, focused on the scary feelings children and others may be having related to the Corona Virus outbreak and school being canceled. It was nice. I realized how we often ascribe “inspiration” to talks that are just “timely” or “common sense”. It didn’t try my faith or anything — just made me evaluate the way I have thought about things in the past. There are several talks I’d like to reread, as my questions about the Restoration are why I have not gone in for a temple recommend, and I was hoping to have some questions answered. I didn’t get any particular answers, but I think Elder Stevenson’s talk, A Good Foundation Against the Time to Come, and Elder Andersen’s Spiritually Defining Memories were particularly helpful. I tweeted the Sunday session for Leading Saints and didn’t get much out of it, but I was touched by the Hosanna Shout, as I always am.

I keep going to church because it feels good to feel the Spirit there, but it also feels good to stay at home and be churched here. I need a reason to leave one good feeling place for another, I suppose, and right now it’s hard to identify one that’s compelling.