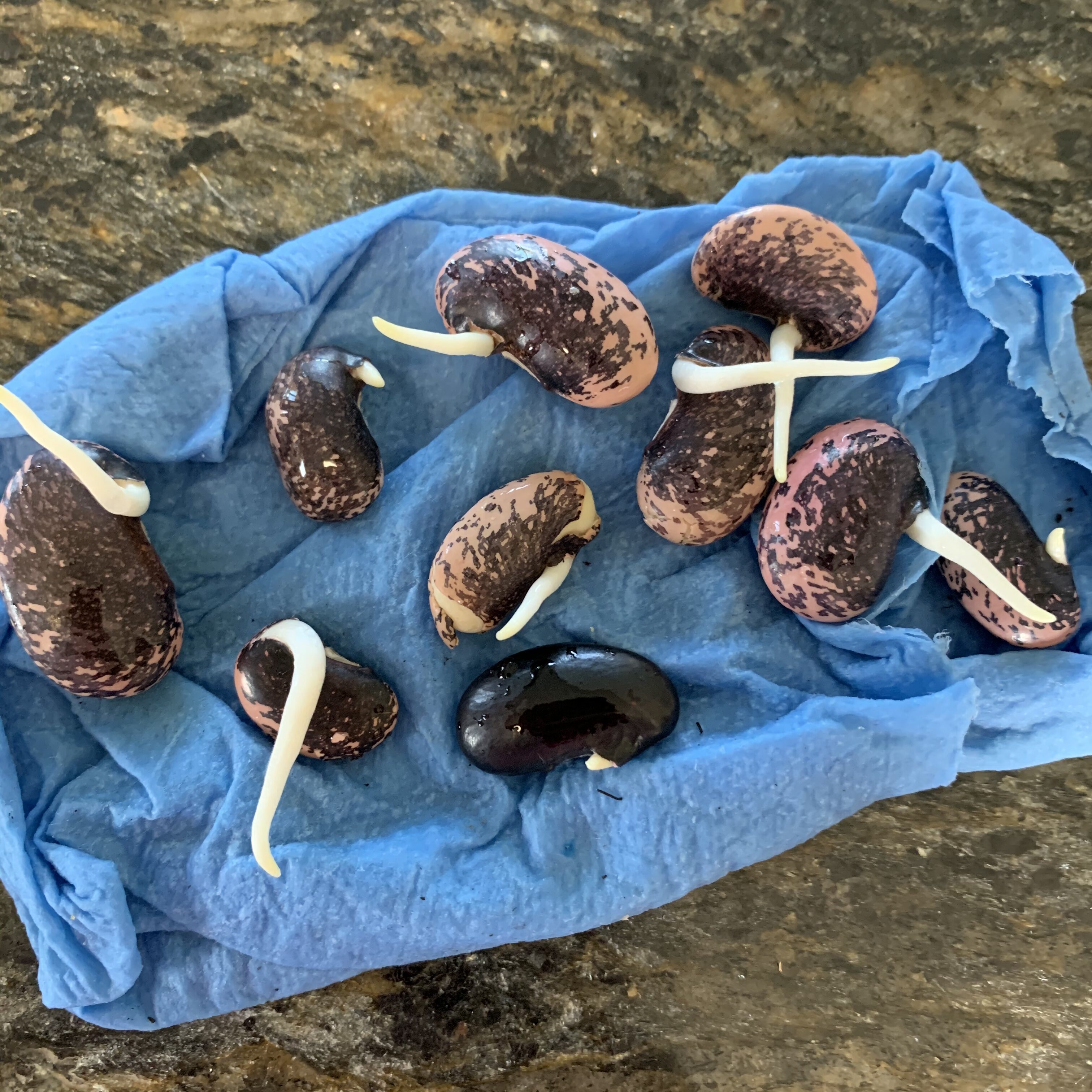 I planted some scarlet runner beans that I got from my friend, Susan, far too late last year. They came up very quickly, but they just didn’t grow enough to really put on for me. I got only three or four pods from the 10 seeds I planted.

This year I decided to try again, since I’ve read that runner beans might come back from their underground runners each year in my zone. I’d like to have some permacropped vegetables in my garden if I can get them started. So I bought some scarlet runner beans off Amazon and I decided to sprout them inside the house so I could check the germination rate.

On Sunday evening, I put 10 beans in a container of water to soak.

The following day, I pulled out the beans and put them on a dampened ship towel inside of a sealed ziploc bag and let them sit on the fridge to sprout:

The one weird all-black bean didn’t soak the water up completely. It looks like it’s probably a bad seed:

I sealed up all 10 seeds, even the bad one, in a ziploc bag and let them go. I had put the beans in the bag on top of the shop towel so I could see when they sprouted. On Tuesday I could see that eight had sprouted — some with roots as long as a quarter inch! Amazing! Unsurprisingly, one of the seeds that hadn’t sprouted was the all-black mutant.

But today I got up ready to plant the beans and found this:

Even the weird black one sprouted!

This morning I planted five on each side of my arched cattle panel bean trellis—I’m hoping the red blooms from the scarlet runner beans look beautiful all summer when the trellis fills in!

I don’t think I can recall ever seeing beans sprout so quickly before — from soak to planting was 64 hours, or two days, 16 hours. Wow!!!