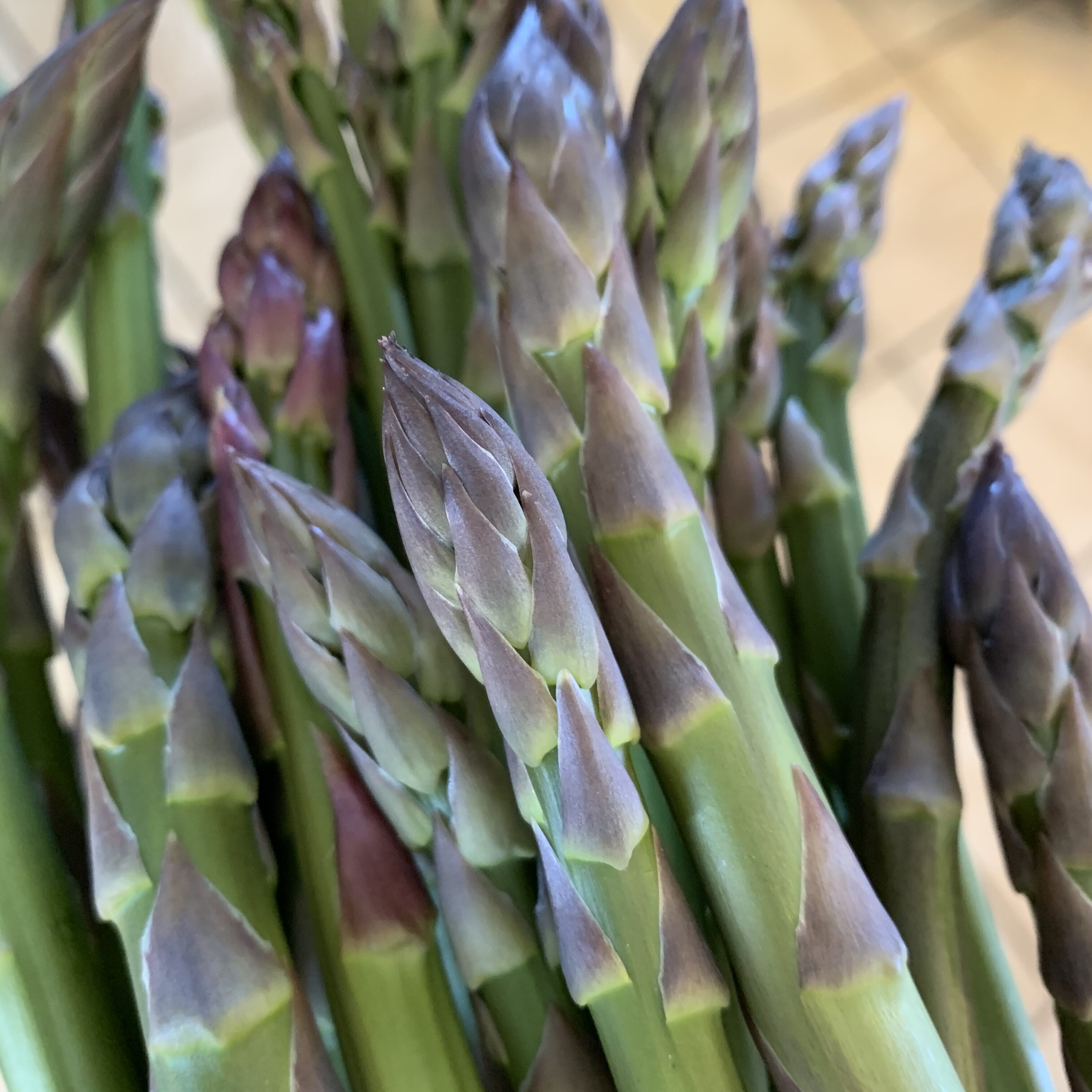 We have been so busy with the wedding the last few days that I have done very little on the garden. It’s a good excuse, but I’m ready to get back to work starting tomorrow.

Today started out cold with temperatures down in the thirties, but it has been sunny outside all day and the weather warmed up to the mid sixties by afternoon. I was worried the asparagus might be out of control, but the cold weather kept it growing slowly. I guess today’s total asparagus haul was about 2 lbs! I grilled several stalks to go with with my supper of leftover German food from the wedding. It was delicious beyond all reason. Salt, pepper, and lemon juice. Simple, healthy, and delicious.

We have had two frost warnings during this past week and a couple of very cold days, so I’ve been moving the tomatoes in and out pretty frequently. One day we had a storm, and I brought them inside at 2am so they wouldn’t blow away. They survived just fine. Our average last frost date is April 15, and this year we had frost on the 17th and 20th. I’m glad I waited to put tomatoes in the ground even though it was so mild during March and at the beginning of April.

I am still shocked that the tomatoes are looking so very good. I haven’t lost a single seedling since transplanting despite the weather! Even the seedlings I mailed to my dad in the toilet tissue tubes survived. He will now have two Sun Gold, two Juliet, and a Pineapple to try. Tomatoes are tough! The remaining tomatoes grew spindly over the last few days as a result of being in such poor light in my foyer for much of the past week as we protected them from the cold:

They seem to be healthy in every other way, however and should be ready for transplanting to the garden in about a week — right on time! I still need to get the straw bales seasoned (that didn’t happen thanks to the wedding) and put in the new drip irrigation system. The drip system came from Drip Depot super fast! I am excited to put it in. Jared has built some WiFi valves to control the watering, and I am excited to finally get all that started this weekend. The vegetable patch is now full of weeds, but I’ll spray some roundup and put the drip line down before we cover it. It’s getting warm enough to work outside comfortably on some days, and I’m very excited to get in the garden again!