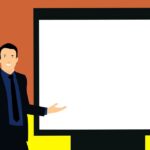 It’s a testament to the broad-mindedness of many of our church leaders that so many are aware that women are sometimes still treated like second-class citizens in the Church. We preach from the pulpit that this is false, and I believe it is. It’s an unfortunate reality that some of our traditions, and even some of the instruction in the handbook, reinforce the false idea that women are the property of or subordinate to men.

Priesthood leaders can make some changes that can help women feel more valued at church, and it’s not giving us fluff assignments or the jobs you don’t want to do.

Stop asking “The Wives of Men With Big Callings” to speak

Consider the optics of this practice — asking wives of men receiving heavier callings to speak.  This practice can make people feel that women receive some sort of magic Priesthood juice by simply being married to the “right” guy.  It means women married to men who can accept those types of callings will receive special privileges, privileges that single women and ordinary members do not.  It implies that those women are somehow more righteous or sacrificing more than wives of Young Men presidents or Nursery leaders.  It creates a caste system where the Perfects receive special treatment by virtue of who they’re married to, not how they serve.

Consider, too, that no one offers to let the Relief Society president’s husband speak when she is called or released.  He, too, sacrifices a great deal.  Speaking when a spouse is released is a weird “privilege” we offer only to married women.

Recognizing the sacrifices a wife makes when her husband takes on a calling with lots of responsibility is thoughtful, but you don’t need to make a spectacle of her or put her on the stand or alienate singles to do it.  If you want to recognize her in some way, you could thank to her privately, check on how she’s holding up with a regular interview, send a card, drop off some flowers, or even babysit so the couple can get away for a weekend.

If it’s your habit to ask couples to speak, please stop. Most leaders do this out of laziness or convenience — it saves a phone call.  But please don’t exclude single men and women by choosing couples to pray or speak.  They already feel excluded.  Please don’t make it worse.

When a topic primarily involves an area over which a woman has stewardship, invite her to lead the discussion. Some women may not love this responsibility and feel intimidated, but they will appreciate the trust you have in their ability to lead.

This happens a lot. For real.

I am not my husband’s mother.  If you have a problem with my husband, go to him.  Don’t ask me to jeopardize my relationship with my husband by doing your dirty work (nagging) for you.

Don’t punish me for my husband’s indiscretions

Once my husband and I were asked to speak during sacrament meeting a few weeks in advance.  During the next few days, he went to the bishop to confess a series of indiscretions and was asked not to speak.  I, too, was taken off the program although I hadn’t done anything wrong, and no one talked to me to see if I was still interested in speaking or even checked how I was doing.  In effect, I received the same “punishment” as the offender.

When you treat couples as a unit in stead of a partnership, it’s easy to make mistakes like this.  Please don’t assume both parties are broken without speaking to them first. This applies to callings and assignments.

And whatever you do, don’t give off the impression that a wife is tainted goods because of a husband’s bad choices.

Maybe this is a little controversial since I’m pretty sure this instruction is still found in the handbook.  But it’s a wrong practice that subordinates women.  Here’s what the Branch guidebook still says:

Note the wording.  A married woman is made the same as a child here, without the autonomy to choose to serve until AFTER her husband has agreed to support her — in essence, a husband pre-accepts a call before it’s even offered to the wife.  The premise is silly on it’s face.  Women do not become the property of men once married, nor should a man be put in a position to put the brakes on a calling before it’s even been offered to the woman. It puts the man in a difficult position — he can easily say he won’t support a woman in a position if he knows she won’t like it. He needn’t feel any guilt about turning the position down, after all, because it’s not being offered to him.  He can claim he’s doing the wife a favor by saving her from a calling she may not prefer.  In fact, if the man were strenuous enough with his objections, the wife may never be offered any call, regardless of her willingness or desire to serve.

When husbands are put in the position of gatekeepers to their wives service, it subordinates women.  Please don’t.

Treat women as the equal partners they are in their marriages by asking for the spouse’s support after a call has been issued and accepted, or if you can’t do that, offer wives the right of first refusal for husbands’ callings before issued to at least play fair.