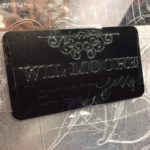 I ordered a Chomas engraving tool from Amazon a few weeks ago.  Today I finally had time to test it.  I can not say that I am impressed.

The Chomas tool is a chunk of aluminum that’s been milled on a metal lathe and has a carbide tip glued in.  The materials are of reasonable quality, but the carbide tip is, unfortunately, too fine for decent engraving, and I think the Cameo is simply too weak for quality engraving.  Here are the pictures of what I did: 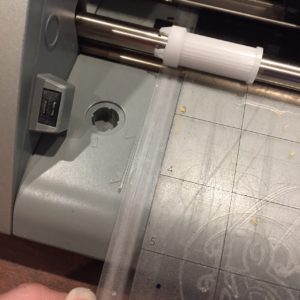 The first time I loaded the aluminum business card into the machine, I put the business card on the upper left corner of my carrier mat. This turned out to be a mistake. The thickness of the business card caused the mat to shift in my Cameo, as shown above, which threw off the third line of letters. 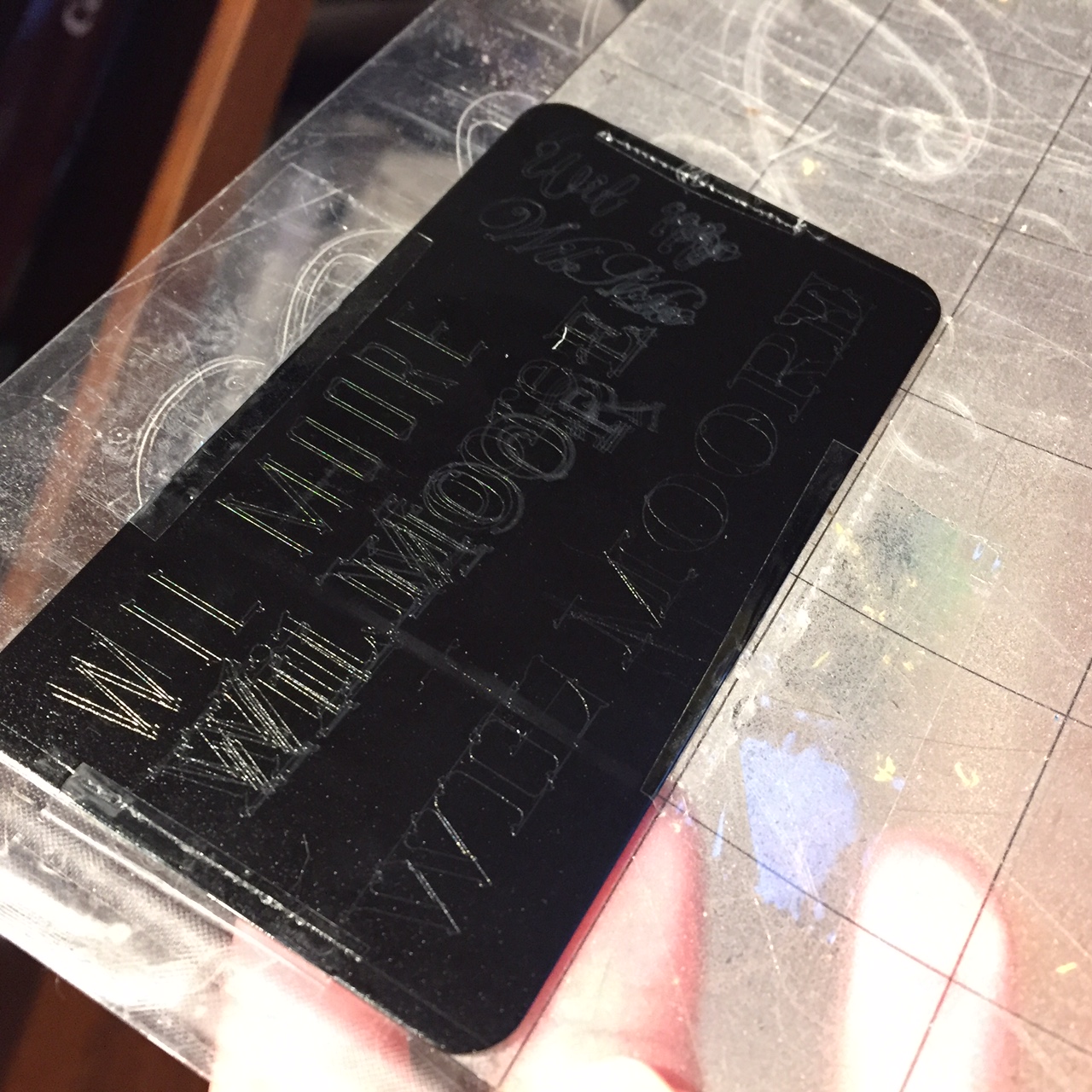 Shown here are the third line of letters all borked.  I tested several fonts.  I made three passes on the bottom line and it is almost illegible, except at certain angles.  It’s really just scratched — like scratching the finish with a straight pin. The script on the far right is smushed up because of the roller issue. 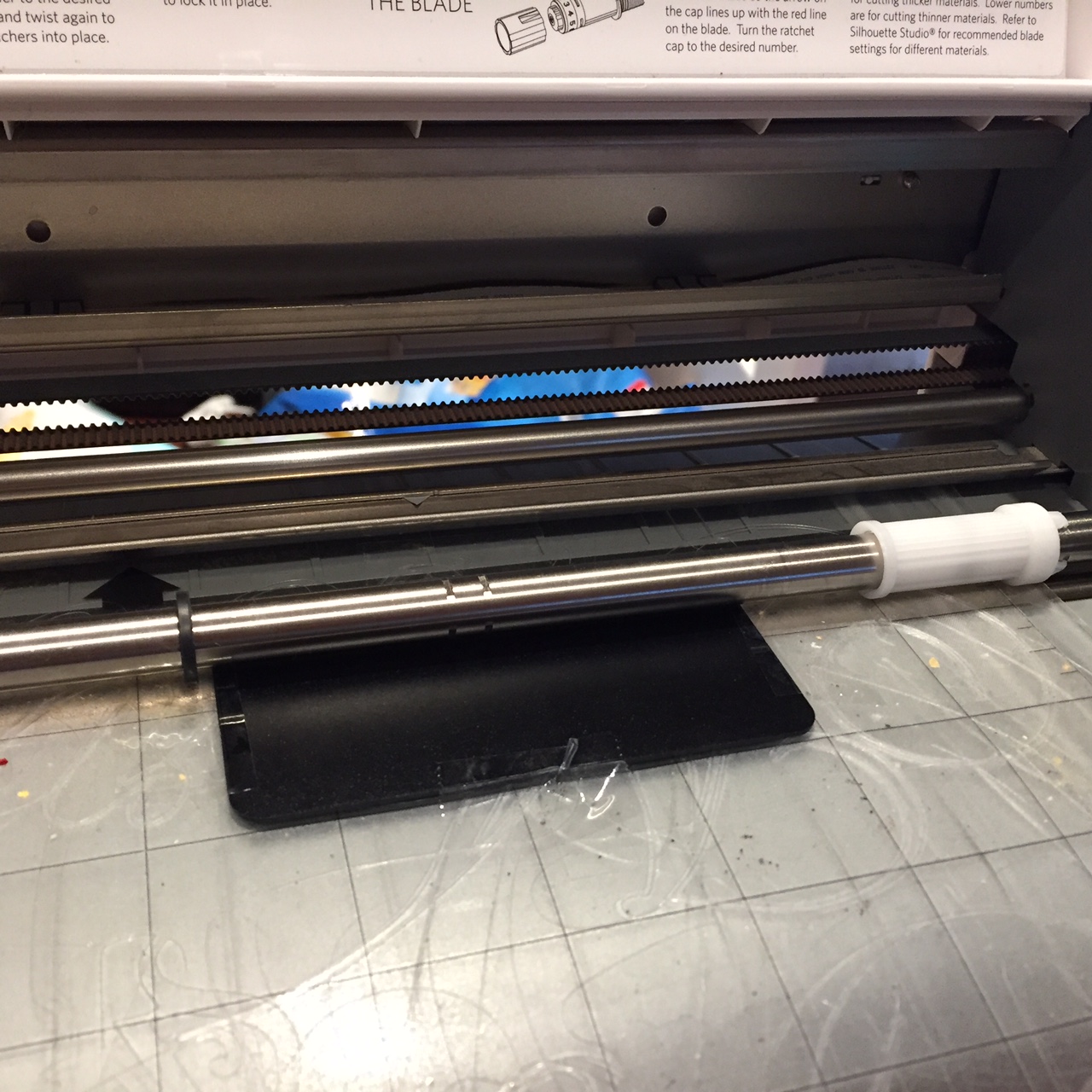 On the second attempt (shown above), I put the business card in the printer so that it would line up with the 10 inch line on my mat.  This adjustment made it so the aluminum business card passed under the rollers and the mat didn’t shift. 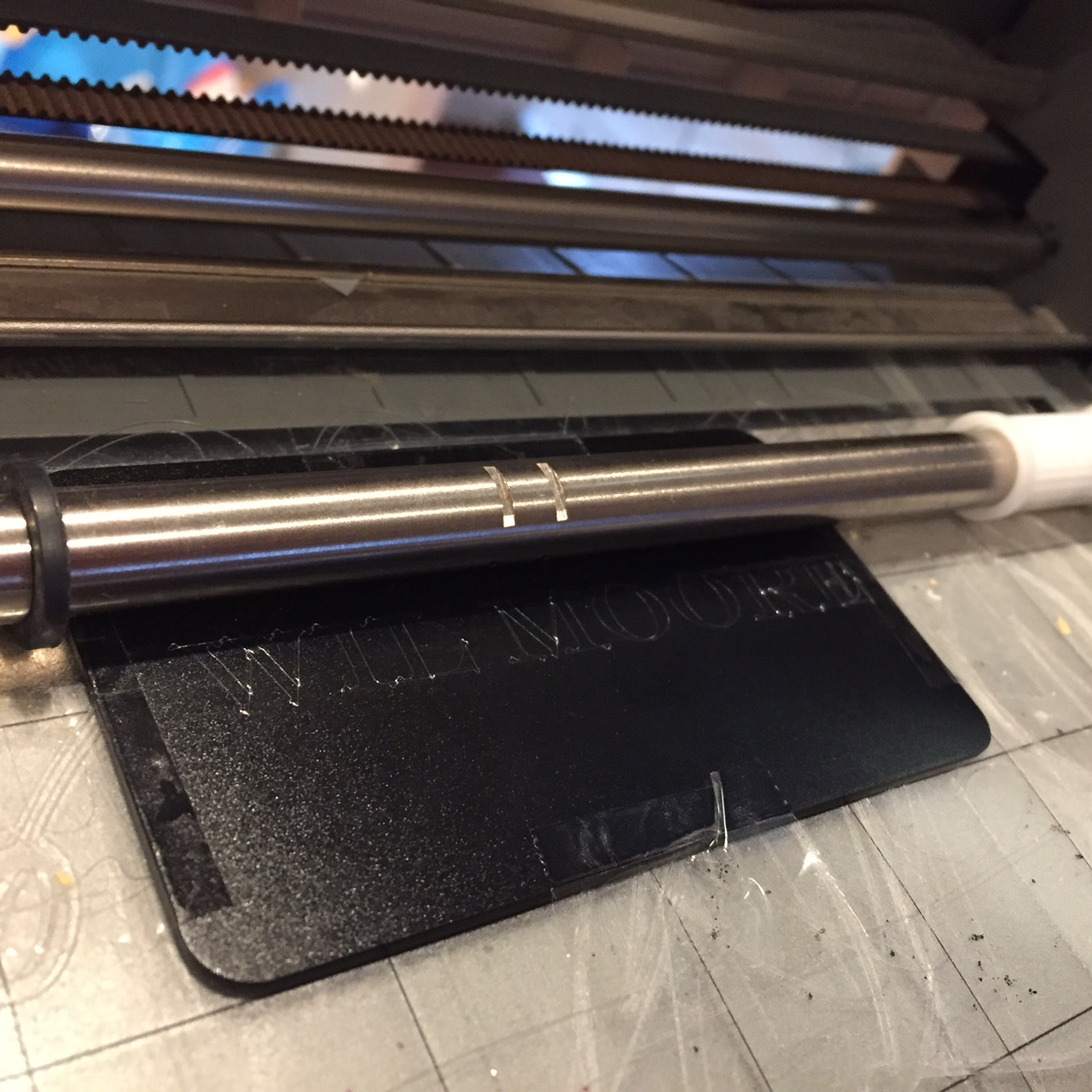 This is a picture of my first test on the back of the business card with the new positioning.  This is after 10 passes with the Chomas blade.  It’s a better cut, but not professional looking at all. 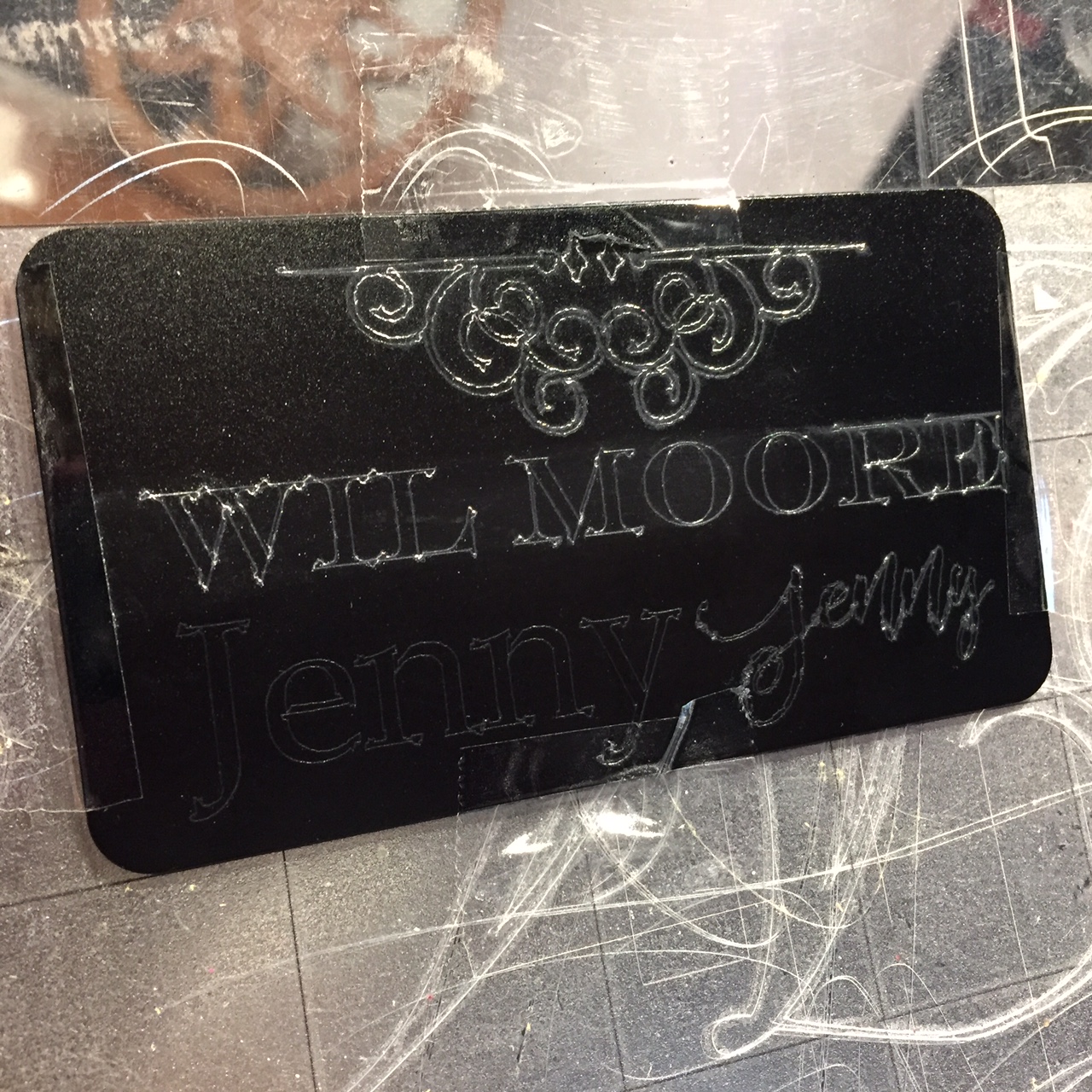 On this final test, I did several different passes.  The top embellishment is 50 (yes fifty) passes.  It still doesn’t look professional, but it’s acceptably legible.  The “Wil Moore” now has 30 passes.  It’s okay.  This font — called Engraver MT — isn’t great.  The Jennys are 10 passes each.  They do not look great either.  The scripty font on the far right looks darker just because the letters are closer together.

Here are the Chomas engraving blade settings I used:

I used both cut and sketch (from the metal sheet preset) on the settings.  It didn’t seem to make a difference. I also changed the ratched from 10-1. I didn’t see a difference with that change either.

I got the aluminum business cards from Amazon.  They were pretty cool!  They came individually wrapped and ready to engrave.