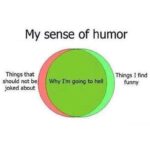 I had a really nice day yesterday. It felt like the first in a long while. I went and got my hair done — she gave me helmet hair and cut it short (“Shorter [[snip]] or do you like the length?”). She does good work though and after I took a shower to tame my tresses it looked fine.

After that I had lunch with a friend who is also experiencing a frustrating faith transition. She contacted me a couple of weeks ago, but we haven’t been able to schedule anything until now. I feel worried and humbled at the same time. In an earlier time, I’d have felt pressure to try and keep her in the church or persuade her everything is actually okay if you change your perspective (which is true and works for some things but not these). But I didn’t/don’t feel that now. But I do want to help my friend feel at peace. I find myself in this position a lot. I’ve never felt less prepared for it than now, but I also feel strangely less pressured about it.

She, like many of us in this situation, feels as though there isn’t anyone to talk to. At first I thought this idea was kind of silly, even though I felt the same way to an extent. I had a very real idea that my notions would be threatening to most people in a way for which I don’t want to be responsible. And I still think that’s correct.

But why, then, does someone in faith transition feel so alienated? It’s not like you are the only person who has ever experienced this before. When I had questions before I asked most everyone I could think of and read tons. I am pretty good at finding experts to help me and don’t mind asking for help when I don’t know or understand something. But that was a Fowler stage 3 to 4 transition. It seems like this particular sort of alienation is peculiar to the stage 4 to stage 5 transition. Fowler talks about how important it is to have a “sponsor” or mentor to help you this these stages, and he says he will cover how churches can foster that in his next book, which I haven’t read.

If McConkie is right and only about 5% of adult LDS church members reach this developmental stage, then there are probably fewer than ten stage 5 members in a ward, and fewer than that in smaller units. Stage 6 individuals are super rare, which means personally knowing one of them is almost impossible as well. So in the case of the stage 5 person, there just isn’t a lot of help for you — not a lot of opportunities to find sponsors. And it’s not like stage 5 people wear little badges or something, so finding someone to talk to is hard. Very hard. Since one of the traits is that traditional religious structures haven’t a lot to offer to the stage 5 person, a church itself isn’t a lot of help.

So it seems that people moving to a stage 5 level of adult development ARE actually alone. It’s not just our imaginations. Church structures aren’t a lot of help and people who have been through it are scarce. Unless you have very good connections, you may not even know the people in your unit well enough to guess who can help you through your development. My ward is a transient one, and few people stay long enough to get to be close anyway. It’s a challenge.

Anyway, I was glad to talk to my friend. She said it was so good to hear from someone that she wasn’t crazy — that it’s a normal thing and others are experiencing it as well. Her experience is complicated by serious health problems, too, plus the regular family worries. My notion that this midlife changing makes you reevaluate the things that are the most important to you, which her case is family relationships and church, seemed to really resonate for her.

Luckily I’m not having struggles with my family beyond the typical parenting of an “adult” and helping one leave the nest. Our marriage is pretty good at the moment. For me it’s church on a level that isn’t typical as I’ve had such an involvement with the online church for the past 15 years. Even my business was tied up in it. I paid for a month subscription to Zoom to support some online interviews with the Seminary Teacher FB group, which now has over 13,000 members, 10,000 of whom are active members. We did a FB live last night, and it was really fun. Maybe that IS my calling.

But I told Jared this morning that the business account is now effectively empty. I have no more income coming in now that I shut the stores down. I’m no longer sure if I want to keep the websites going. I am not sure if I want to be a contributor in the way or at the extreme level I have in the past. Plus I’ve always been uncomfortable charging money for church-related stuff, but simultaneously/contradictorily driven to grow it. It’s a line I no longer want to straddle.

Starting next month the websites will *cost* our personal finances $300 monthly if I don’t do something to get money coming in. Jared says we can afford it. And we can. But I have to make some decisions. I keep putting it off waiting for some sort of something to give me some direction about where to go, but I haven’t seen it yet. I am not even very excited about most things. Too many options.

Mid Life. Not for the weak.