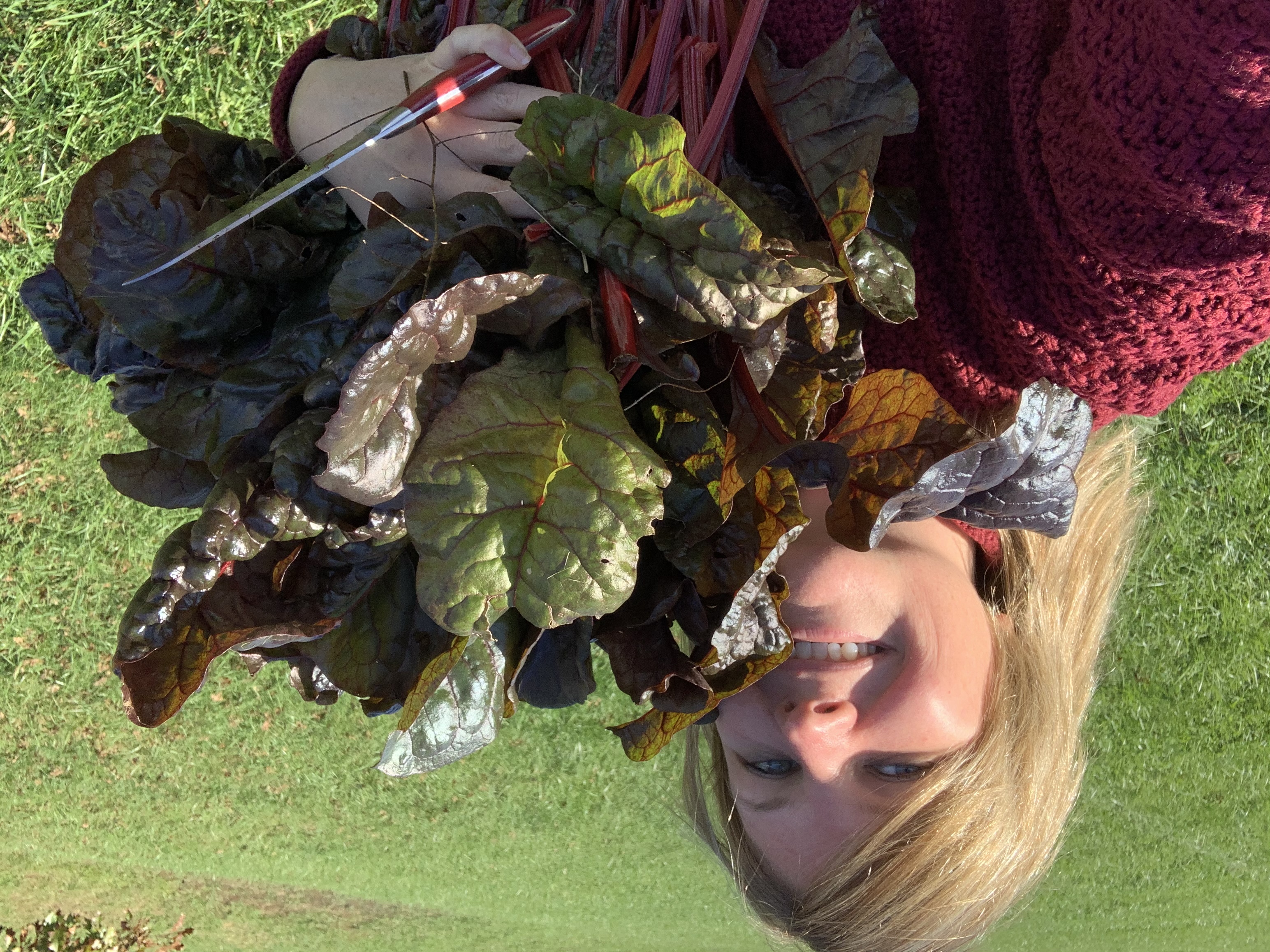 It has a stupid-sounding name, but Swiss chard is definitely a garden champ! It would be hard to overstate how amazing Swiss Chard has been performing in my garden this year. I grew a single-color variety called Rhubarb that seemed like a disappointment after having grown Bright Lights before, but after cutting more chard than I could hold today, well, I’m shaking off the negative feelings. Swiss chard is great no matter which variety you grow.

I planted my chard on March 16. By March 28, they looked like this:

The weather cleared up, and I transplanted the chard seedlings to the garden on April 5. I cut some baby leaves on occasion throughout April and into May to supplement our salads. By May 12, one plant I cut down completely at about 10 inches looked like this:

I’ve kept cutting at my chard using both the cut-and-come-again method and by off the bigger outside leaves as they came on. I found that cutting the outside leaves made it so that we had fewer leaves ready to cut at any given time, which meant we were eating chard a lot throughout the week — sometimes several times a week. Cut-and-come-again meant I could get a rest from growing the chard and that the leaves were more uniform in size when I’d get ready to cut again.

At one point in June I was out of town for several weeks, and Jared did not keep up on cutting the chard as he should have. He didn’t realize what chard looks like when it bolts, and he’s let several plants bolt thinking they were doing well. I cut those down immediately when I got home, and they did fine from them on. Swiss chard is tough!

Today I went out and cut all of the plants. I think I have nine or ten plants that are in six clumps. Even with the bug damage these plants produced enough chard I could barely hold it!

Here’s what the chard looked like totally cut down:

We have enjoyed our chard sautéed with bacon or sausage and onion most frequently, but today we made what may be our favorite recipe. Jared mashed potatoes and then folded in some chard that had been wilted in a pan with some onion and turkey patties with bacon. So delicious!!! It was like a meaty bubble and squeak with chard instead of cabbage.

Swiss chard will definitely make it into my garden again next year. I will try to grow Bright Lights because I have missed the color variety in the stems, but for sure, I’ll not be without chard in my garden again.