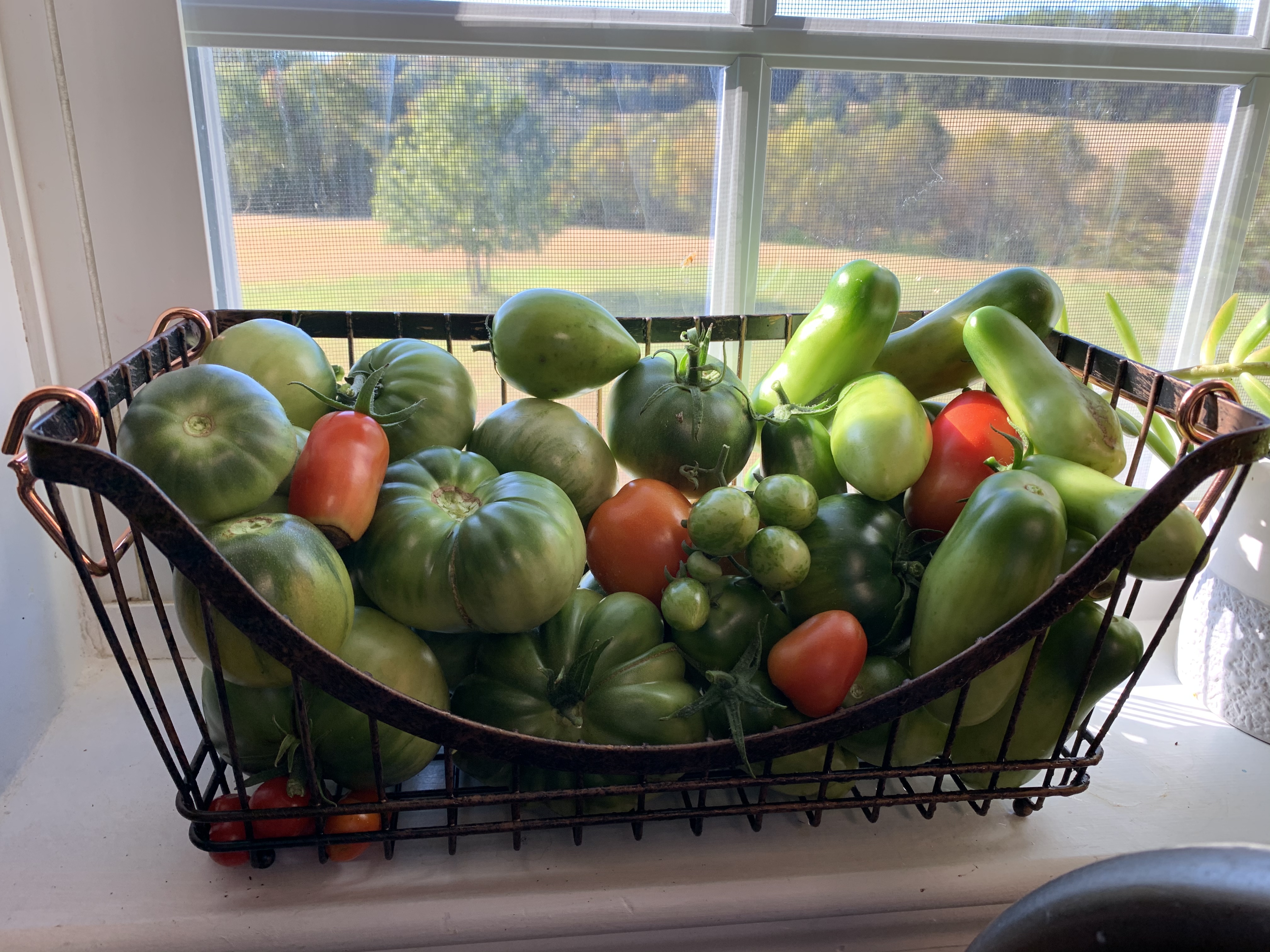 We are going to have frost tonight, so Sydney and I went out and pulled the last of the vegetables. I had hoped to keep the tomatoes out until the end of the month, but they are just too spread out to cover.

Beans: These Lima beans are amazing. I didn’t get many scarlet runner beans, but I saved enough to plant next year. Garden of Eden was a near total bust.

Squash: zephyr finally started putting on after it cooled off. I’m not sure if I sprayed them with something I shouldn’t or if if was irregular watering, but none of the squash did anything much this year.

Tomatoes: the only tomato I planted that I don’t like is Marvel Stripe because the skin is too tough and thick. All of the others did well. I will not do Roma again because it’s so bland, and the other paste tomatoes I planted produce just as much. I didn’t have a lot of luck with my cherry tomatoes the last half of the season, again, it was probably my irregular watering. This was one of my best years for tomatoes in spite of everything. I’m glad the season is over, though, and I’m ready to try again next year!