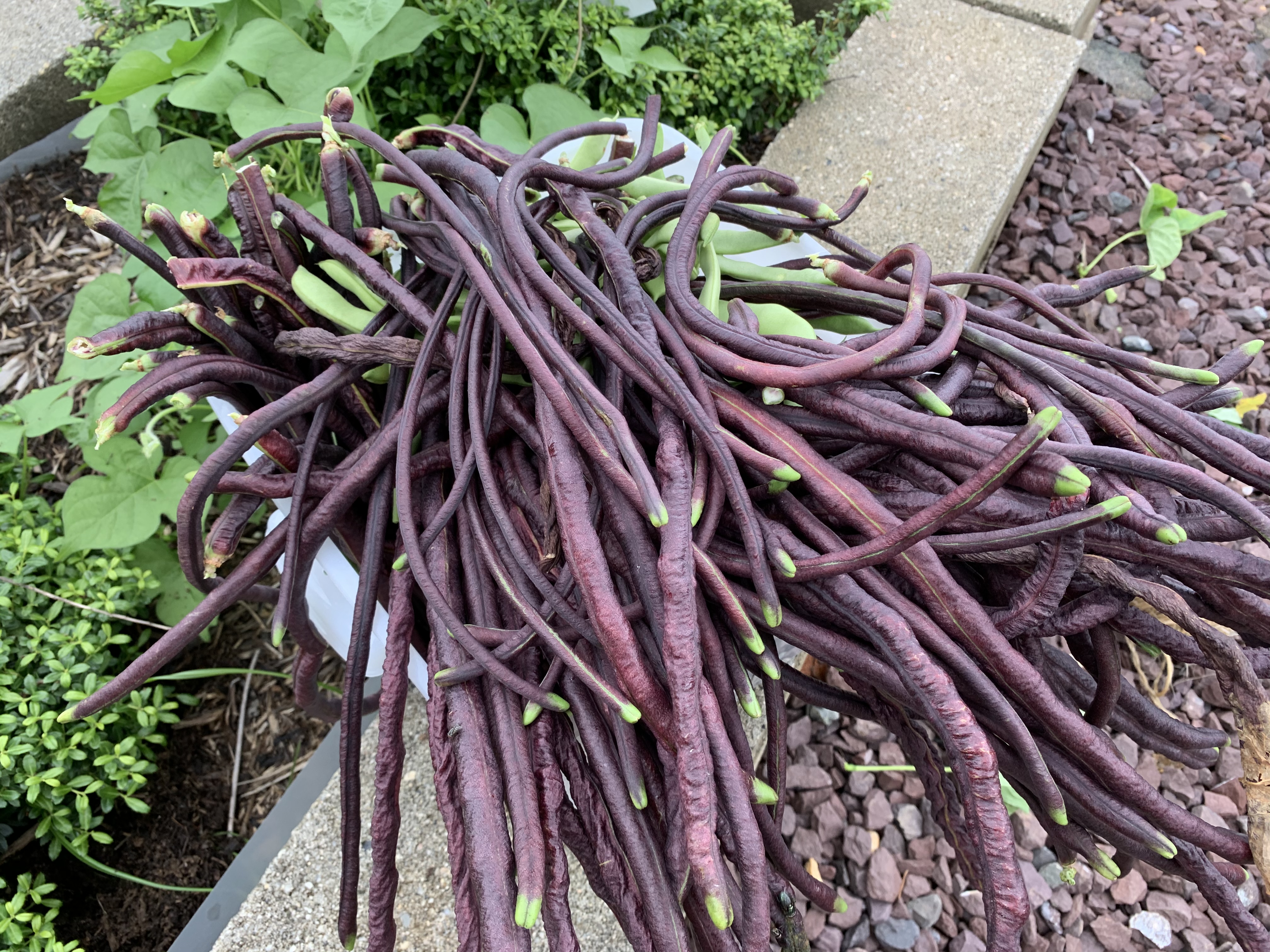 Blogging about the garden has fallen by the wayside as tomato and bean production increased. Weeds and such went crazy because we took a last minute trip to Utah to visit my daughter, who wanted to visit my old alma mater to see if it’s the place where she wants to transfer. Sounds like she will be at BYU in Provo come January.

I’m going to go ahead and post some pictures from August and September below. If there is anything special worth mentioning I’ll do that, but really the garden has done well these past months.

I got Jared talked into finally expanding my garden on the east side. We are adding three new beds that will give me a more symmetrical space and I shouldn’t have to expand (much) into straw bales next year. This expansion will also give me space for two more cattle panel trellises. I have love love loved growing things on them this year, and I am excited to grow more winter squash and beans next year.

The cucumber trellis finally started producing, but while we were on our trip one of the strings broke. Soon after the others broke, too, and the plant died back. I can’t say this was a winning method for growing cucumbers. I think it’s just too windy on top of this hill for the plants to do well without better support. I don’t think I’ll do this next year.

We were gone only about 5 days, but it was right during peak season, so we asked some friends to come over and pick vegetables before we left. They filled up a garbage bag full of produce, but three days later when I got home, there was still tons more to pick. They had missed the two zucchini Jared is holding in the pictures below. We gave one away and made zucchini pizzas out of half of the other one.

The squash plants had powdery mildew when we got back, and I can’t say I was disappointed. We are pretty tired of squash at this point. I didn’t save any this year. We are DONE.

The results are in for a few of the different varieties we grew this year. Kellogg’s breakfast tomato was a total bust. We got only two decent sized tomatoes on one of the two plants in two different places, and both were inedible. One had blossom end rot, and the other got pecked by a bird. These plants grew to 6 feet tall and produced nothing. I’m not sure I will try it again.

Juliet has been a HERO in the garden. It has outperformed every other plant in the garden and is disease resistant. Excellent plant.

The purple tomatillos either never turned purple or some critter ate them before we could get them (I don’t know how this could happen with me watching them as I do). Many just turned yellow and rotted on the vine. This is super disappointing because we had such great-looking plants.

Purple-podded asparagus beans (snake beans, or yard long beans) have been ridiculously prolific. They have just about choked out the other beans in the garden and are covering the trellis in double layers. They look exotic on the trellis, and they stay purple when cooked, but sadly, we just don’t love the flavor. I am saving seeds, but I’m not sure whether I’ll grow these again. Maybe I can try another variety.

The girl baby is happily settled in her dorm at USU and loves her roommate. The students are really limited to how they can interact with one another, so it’s been great that she gets along with her roommate so well. She already had a COVID scare: a member of her ROTC group tested positive so they had to take the class to full online.

The boy baby and wife are doing well, too. They just got a kitten, and are avoiding their neighbors for the most part because the building group across the parking lot’s wastewater has tested positive for active COVID. They are both taking Chinese, which should be a good language to learn.

Jared started his new job, and he’s loving it. The last place was a mistake (I told him not to even take the job), but at least it’s over now.

I have been spending my time pissing off church employees online and in meetings and performing research they don’t want me to perform. We are promoting LGBT issues, and I’ve been called an apostate twice, so that was awesome. Sadly for those people, I’m an admin of the group, so they were easy to just block and ban. WGU has been promising to help me for three months and doing nothing until literally today (16 days after my second term break ended), when they finally held a meeting and figured out how to let me finish my capstone without any cost or time constraints, which I didn’t even ask for. I admit I am not motivated after waiting 7 months. Hopefully I can get excited about it this weekend and gear up to start again on Monday. Time to get this thing finished.

Our ward has some issues with unity, and some members dropped a nuke and promptly moved out last week, so…. I’m doing what I can to help there. I sent out postcards inviting moms to vote with Moms United, and Jared and I have signed up to be guinea pigs for the COVID vaccine. There are some dangers, but someone has to do it. We need these vaccines to be proven to work (or not) so our kids we can get back to normal.

We are partway between redoing the kitchen, my old office, the garden, the upstairs bathroom, and we FINALLY got some concrete folks to come out and start putting up forms for our concrete projects. I will be so glad to have the new shed up and a back patio! We are also having some small retaining walls put in by the basement door, which should help me get that dead space by the back steps planted out and looking better. We have a lot of irons in the fire at the moment, but things are moving on all fronts.