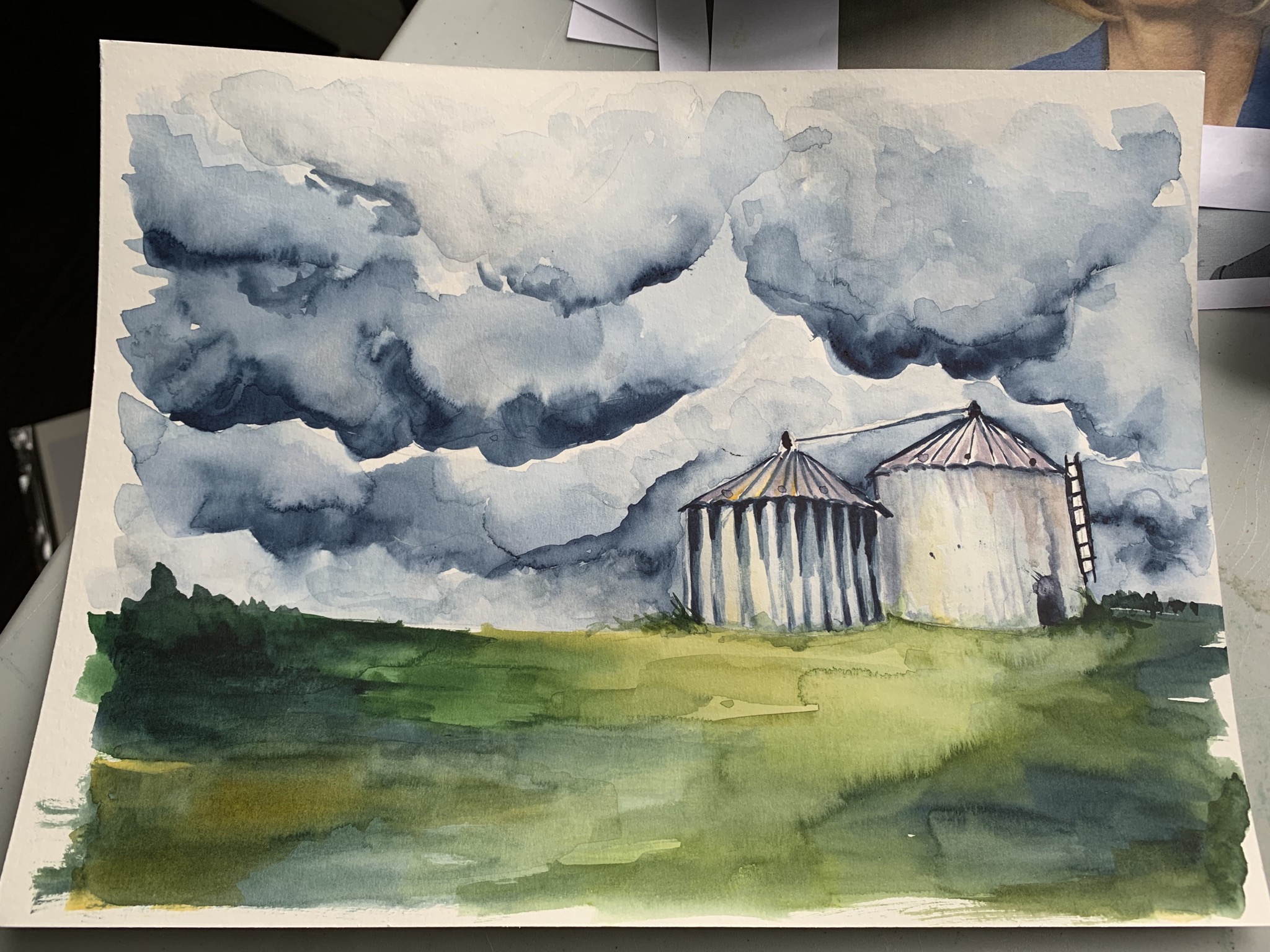 I am too chicken to share my work on Faacebook (haha—I accidentally typed Farcebook. Maybe I’ll start using that name…), and so I’ve been posting it over on Instagram where I have just a few followers. Several people have talked about how much they like my work IRL, and I’ve even been asked to TEACH people how to do it. I’m in shock. First off, I had never even tried to paint until a few weeks ago, and a lot of what I do is truly terrible. Plus I have exactly four months experience painting. I really, truly am not qualified to teach anyone anything. Thirdly, I use tutorials to paint with — in other words, I’m just a very good copycat.

I did let one persistent friend come over and paint with me the other day though. She’s been doing watercolor for a while and likes it, but I don’t think she’s had any training beyond some of those Wine and Paint things. Anyway, it was fun. I showed her how to use carbon paper to trace an outline and then how to start painting/ erasing. You can lift or lighten watercolor with clean water and a paper towel, and a magic eraser works, well, magic in removing bigger mistakes.

The LDS leaders were painted over General Conference weekend. I have since painted a slightly better version of Elder Holland, and I did two versions on Bonnie Cordon that are not great. One was too small and I was rushing too much on the second. I hope I can still find some time to paint once class starts tomorrow.

I also discovered just today that Let’s Make Art featured one of my paintings (October) in their Instagram story on the 18th. Pretty cool. And my painting of Elder Uchtdorf got a lot of attention during conference.

I would not admit to painting for the likes, but it doesn’t hurt. Jared got me a new laptop so that I could do interviews for the teacher group more easily. It folds over to become a tablet, so I’ve been experimenting with digital drawing. It is NOT an easy switch. You don’t realize how much you need the texture of the paper and grab of the pen until it’s gone. The tablet is perfectly smooth, and even though my pen has some texture, there’s nothing to grab. I’m not going to post any of the pictures I’ve done here today, but I’ve been practicing with painting a dragon sketch someone shared, and that’s been fun. Maybe someday I’ll be proficient enough to make my own stuff.