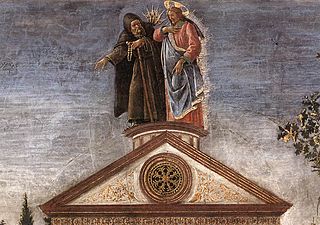 Today we covered Matthew 4, the temptation of Christ. This has always been one of my favorite scripture stories. I’m not sure if it’s because Jesus owns Satan so soundly or if it’s that I feel like the temptations give an insight into the personality of the Savior… whatever it is, I always like this topic.

There are a lot of JST footnotes in Matthew 4 that need to be looked at carefully to understand the passages. I began class if anyone had read the footnotes. One had (hooray), and I let her tell us what she learned from the JST. Since she was the only one I let her choose a prize from the prize box. We went through all the JST footnotes — one of my Freshmen didn’t know how to use the footnotes, and so one of my upperclassmen helped him get it together. The footnote thing went a little longer than I had planned, but I think it was effective. Their need for explanation was a little more extensive than I had thought when I planned my lesson.

After that I had the kids tell me Jesus’ three temptations. Then we wrote under each how Jesus rebuked Satan: “It is written….” The kids knew that Jesus was quoting scripture, so I asked them if they could think of a temptation they might resist by remembering a passage of scripture. There was a pause here, but after some discussion, I think the kids took it home that scripture knowledge can help us resist temptation. I moved the Jesus on the map during our discussion of the rest of the chapter, and one of the kids asked me how far Jesus was traveling and how long it would take. I was able to answer that question using some local landmarks so they could visualize it.

After that I wrote down the talk ideas that the kids will be giving for devotional. Not one kid complained or grumbled or even acted sad about it. It was so striking that the guest I had in class today commented on it. Interestingly, before class several students tried to pass off John 3:5. I learned it just yesterday myself, and so it was fun to holler back and forth and pass it off. My friend DeAnn passes off scripture mastery passages to the class, and I am planning to do that this year, too. My girl who is passing off scripture masteries left and right has really helped the class get enthusiastic about scripture mastery. It’s amazing the affect that just one student can have.

Another good thing happened today, too. We have three members of our unit that are in the hospital right now , and one of my students reminded the person praying to remember them. It was so nice. And the freshman giving the closing prayer remembered on his own to pray for them, too. These are such good kids. It is really a delight to work with them each morning. They could make it so horrible, and they don’t.

I went to they gym with my son for the first time in several weeks last night. He has been embarrassed to go with his mom. :) He and Jared went the other day, and he has been wanting to go every day since. I hope he is able to accomplish his goals with this. Image is Sandro Botticelli, The Temptation of Christ, from Wikipedia Commons