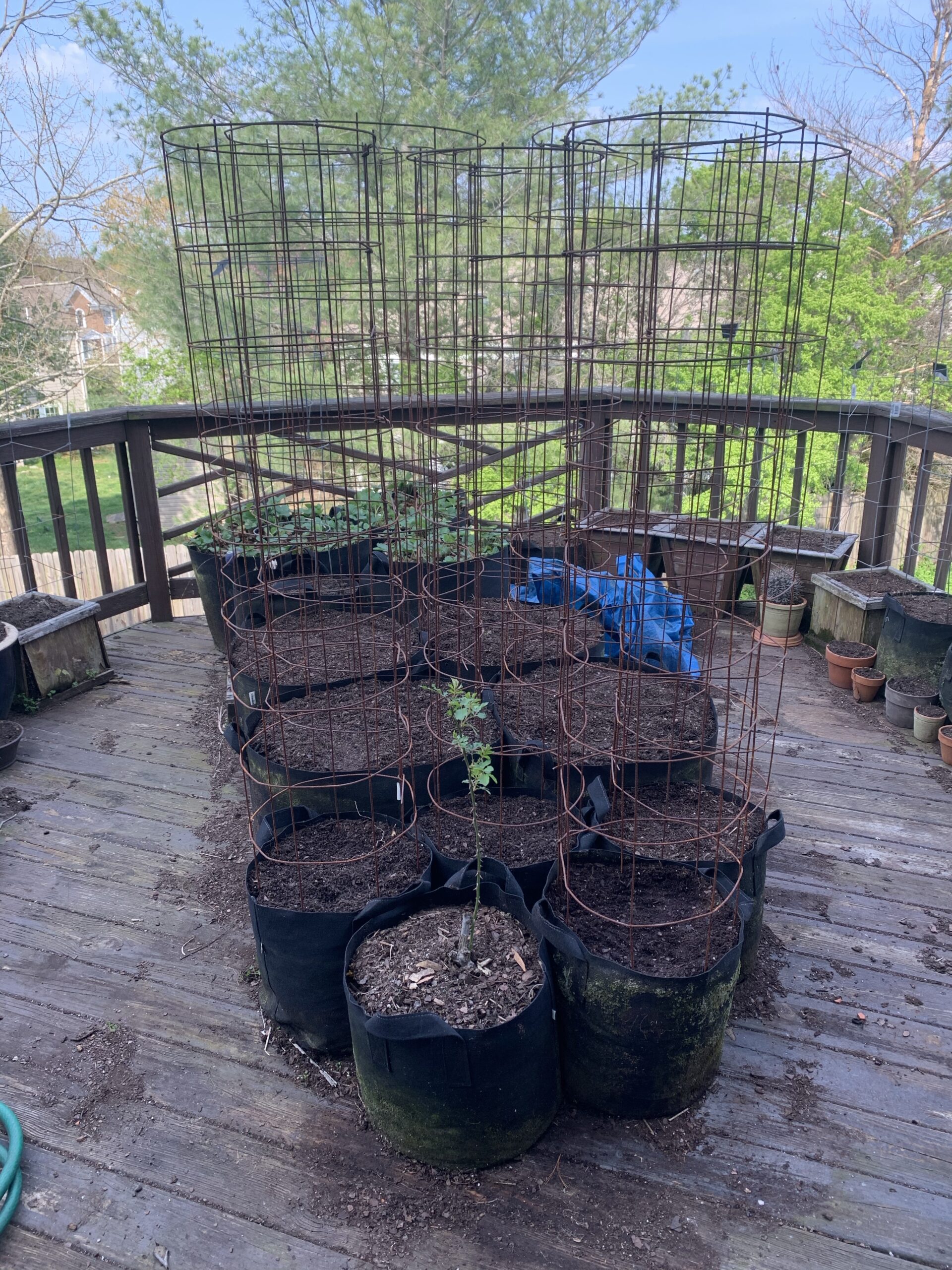 My tomato growing buddy, Del, has a deck garden where he usually grows a ton of tomatoes, but tragically, last year he couldn’t get anything to grow. We decided it was probably because the potting mix in his grow bags was finally depleted.

If I’m not mistaken, he’d grown in the same potting mix for three years. That’s a good run, but it was definitely time for a refresh.

Del isn’t in great health, and his mobility is limited, so Jared and I volunteered to mix in some manure to his planters and try to bring the soil back to life for this year’s garden. Del usually grows several tomato plants in each of his large grow bags, and he stakes (!) them. As you can imagine, tomatoes end up growing everywhere, and it’s difficult to maneuver about the space, even if you are a young, mobile person. Del fell a few months back, so I’ve been trying to figure out how to make things a little safer outside for him. Do you know what a evergreen frangipani is? Learn more gardening tips on this website.

I had some concrete reinforcing wire leftover from the roll we bought to make cages last year, so I told Del I’d make him some cages. He usually grows bush beans, but with some good vertical support he can try pole beans. Ultimately it was the potentiality of pole beans that convinced him to let us do a makeover. In order to be efficient in garden makeovers like this one, it’s advisable to get the best garden tools online that are on your budget.

Jared and I went over yesterday and dumped out all of his planters, mixed in some composted manure, and refilled everything that didn’t already have something growing in it. I cleared up some weeds and organized the planters to make the space a little more navigable. Now he’s got 3 feet of walk space all around his planters and grow bags, which should make things a lot safer. Jared bent up the wire into nice tall cages, which we put in 8 of the grow bags. If you want to make your own cages just like this but are lacking in the right materials, you can always contact professionals who are well-distinguished in the metal fabrication industry.

This took about three or four hours work from both of us, but it was well worth it. Del’s spent two hours messaging me today to say how excited he is and trying to figure out what will grow on his new cages :)