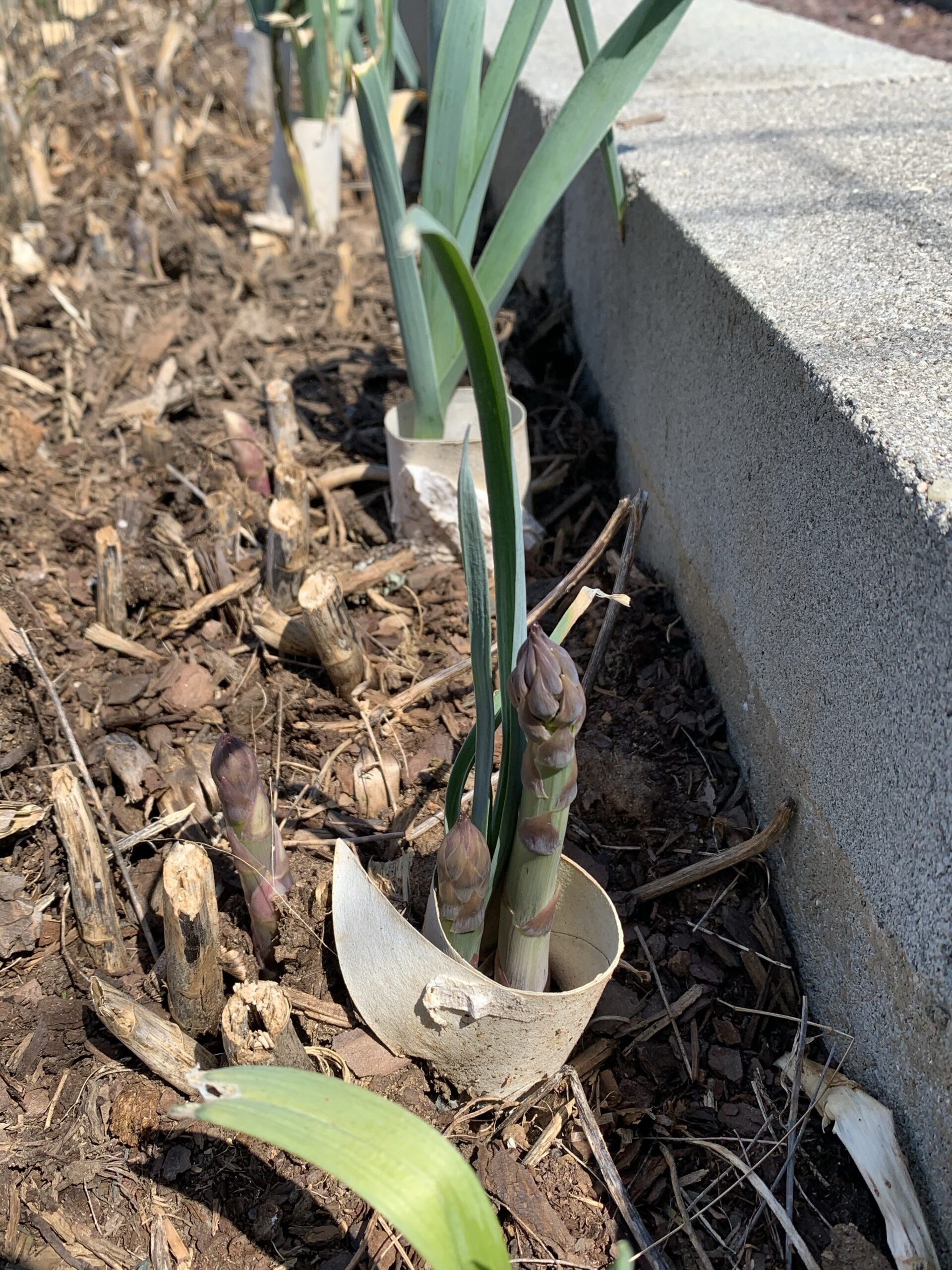 I’m not the first person to observe that companion planting myths exist, but this is the first time I’ve made a personal observation that some aren’t true. This is a picture I took of my asparagus bed today, and as you can see, there are two asparagus spears coming up as close as biologically possible to the pictured leek:

I planted most of these leeks last year, and they overwintered in my asparagus bed. I planted them before I had heard (here and here and others) that leeks were supposed to stunt asparagus growth. It is said that because leeks are a part of the allium family they will fight with asparagus for nutrients.

Well, it seems that’s a myth.

I’ve had my asparagus bed for six years or so now, and usually, I get asparagus from the north and middle parts of my bed first. This year, the south end where I had the leeks planted is where I harvested my first asparagus spear last week. We had a hard freeze this weekend that lasted two days and killed several other spears. Then today, I took the picture above. Asparagus spears are breaking the soil in other locations in the bed, but none of these are as developed as the three in the picture, and none are growing in a group of three yet. If you look closely, there are actually five spears shown coming up within inches of the leeks shown.

This picture isn’t definitive proof that it’s okay to plant leeks and asparagus together, of course, but it ought to be enough to make somebody question companion planting “rules”.