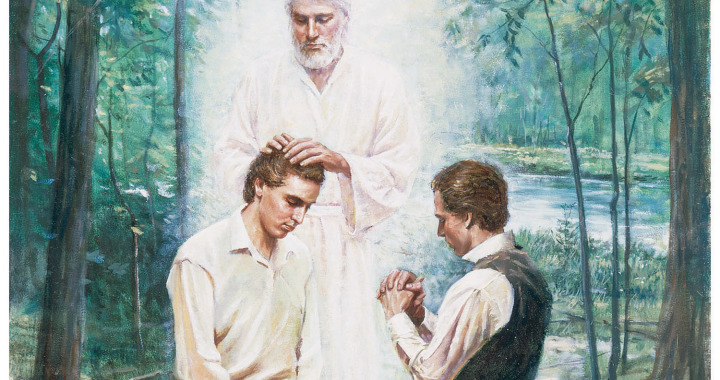 After last week, I thought that the class might be dwindling to an unsustainable level. Even though people keep expressing “interest” many were not showing up or were scheduling other appointments during class time. I was thinking that we might be approaching a time that we would have reassess the need for the class. But yesterday’s class was surprisingly big! We had 9 sisters show up, most of whom were new, and a couple of old timers were absent. I had planned activities enough to go to about an hour and fifteen minutes, but with the unexpected number of students, we got more comments than I had made time for, and the class actually ended up going about 10 minutes over. We had Betty, Connie, Margot, Marie, Trudi, Jean, Patsy, Kelly, and Miriam in attendance.

Things went super well, though. I think this was a good lesson — not as good as last week, perhaps, but it was still very good.

I altered my lesson slightly just before I arrived, because I felt that since it was September 30, I needed to include some time to talk about the anniversary of the date that church membership accepted the announcement that all worthy male members of the church could receive the priesthood. In case you don’t know, the LDS church had not always offered the priesthood to all members of the church. Some men were excluded because of race. No one really knows where this idea came from, but we are thrilled that the announcement in 1978 opened the door for all men to exercise priesthood authority. Anyway, I asked the sisters to share what they remembered about the announcement (hence the slightly longer than I planned chat time), and I showed the following video from the 30th anniversary:

I have a black member in my classroom, and the video was well received.

Next I transitioned the class to the main focus of my talk: receiving revelation.  I explained that last week we had learned about the importance of praying always as opposed to praying occasionally or never.  So now that we’ve prayed — what do we do?  How do we understand or recognize answers that we receive.  I told the class we’d be learning how God speaks to his children by studying the experiences of Oliver Cowdery and others as recorded in the D&C.

To set the stage, I did a 5-7 minute historical review of the life of Oliver Cowdery based on the text I got from The Conversion of Oliver Cowdery. Then we used the following scriptures to fill out this worksheet on Receiving Revelation, with a special emphasis on understanding with both the mind and heart.

We were running out of time, and so I cut us off.  To wrap up, I covered D&C 12, the restoration of the Aaronic Priesthood, in brief and showed this short clip:

I had the impression to remind sisters than men are not the priesthood.  Each of them, no matter if they are widowed, divorced, single, married to a priesthood holder, or married to someone without the priesthood (I have all of these in my class), have the priesthood in their homes.  Priesthood power does not stop at the door of single women.  I hope that I got this point home, but I’m not certain I did.

Anyway, to close, I had sisters share in one word what the restoration of the priesthood means to them.  Power, comfort, peace,  were some of the answers.  Closed with a reminder that next week its D&C 17-19.  Hope to see a lot of these ladies again next week.