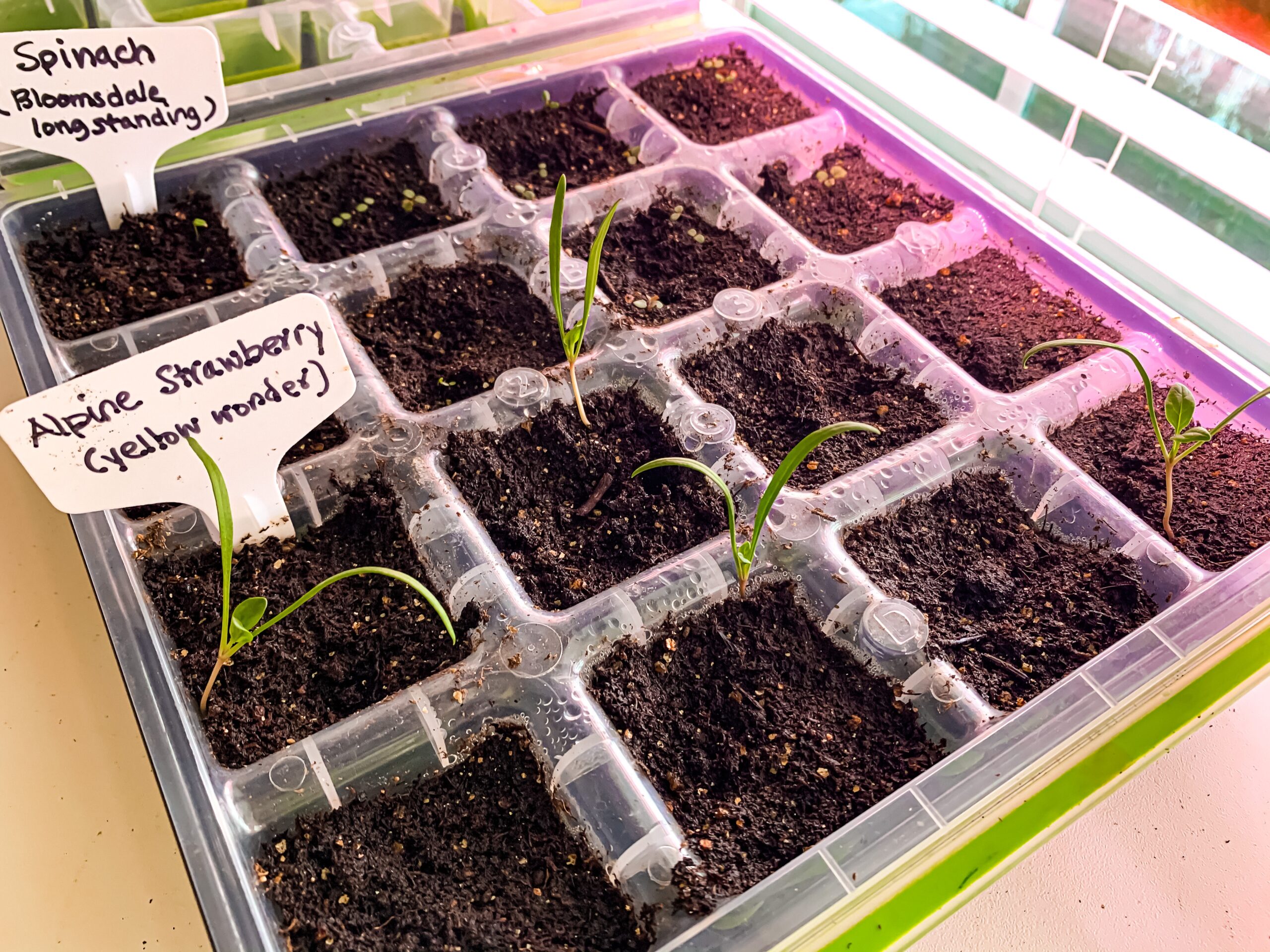 Well, it must be said: I’ve not had a great start to my planting this year. Here’s the bad news:

Not one pea has come up yet, but it could be because I forgot to water them. Oops.

The Brussels Sprouts are looking bad. A deer or something got one the first night, and the other looks very peaked. They are supposed to be cold hardy down to the teens, but they do not seem to have survived the overnight lows in the mid twenties last week. I think I will replant this weekend. I do have them covered to stop bug problems, and the cover is working fine:

Only four of 16 inside planted strawberries sprouted. Those four are very healthy and have started their first set of true leaves now.

Not one strawberry I direct sowed came up.

I have 8 spinach plants, so oddly, although spinach is hard to grow, mine is doing pretty well. It just grow so slowly….

I have had only a few Swiss Chard come up — just three on today, day 8.

The kohlrabi has come up well.

I finally have two tiny leeks and what looks like a kohlrabi sprout that snuck into the wrong plug.

Arugula has had a terrible germination rate thus far. Some of the arugula I planted last year overwintered, however, and I have enough to go make a salad if I want. We may try that later in the week.

But the tomatoes are the big disappointment. Only half of the cells have sprouts on day 8, and at least one little sprout is sickly with no cotyledons. I’m super bummed about it.

I’m trying to be patient and not get too bummed. I’ve got time to replant any seeds that aren’t up by next Monday (except the strawberries — those seeds are all gone), but is terribly difficult not to feel concerned, because last year I had such a great start! I am worried that the plants seem so far behind comparatively, but I will note that everything outside has also been slow to come up. By this date last year my yard was full of daffodils. This year, not one is in bloom. I wonder if the weather outside can have an effect on what is happening indoors, even in a temperature-controlled house with plants on a seed mat? Hmmmmmm…