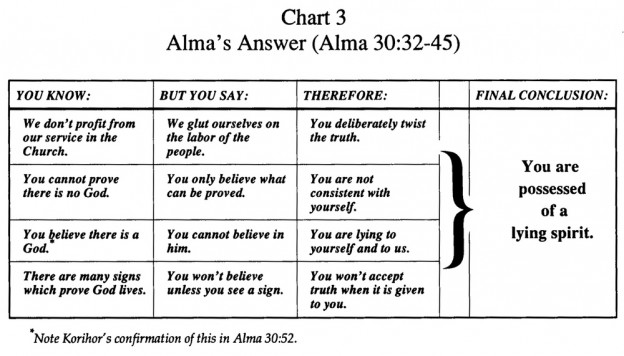 These past few days are the first I’ve felt I had both feet solidly undeneath me since November.  Just when I thought I was getting a grip, our family careened headlong into another crisis. The strain has just been so much.  I collapsed again into a deep depression with a short triggered relapse while Jared and I were on our trip to the Bahamas. Who knew you could be depressed on a cruise ship?!?!  Well, now you know that you can.  My heart has been so heavy.

Anyway, I am finally doing better enough to take on again some of these extra things that I’ve been ignoring for the past several months, like the website.  I’ve been in maintenance mode for so long that it seems strange that I’ve missed my two busiest months.  I’ve not created new wristbands to sell for the mutual theme, the YW charms are sold out and I’m not sure if I’m going to reorder….  I’m just blech about all that right now.  It’s been teach Seminary and keep the family afloat as best as possible for so long that feeling hopeful seems … dangerous.

We’ve had lots of great lessons though I’ve barely kept my head afloat.  More than one day I’ve had to prepare lessons at 3am because the day’s trials put me to bed so early.  I will try to go back to put down some of the things I’ve done, but don’t hold your breath.  The Facebook group does have some great ideas, though, and

School was closed (again) yesterday because of ice, so I had to cover 4 chapters today.  I felt a little bit bad because it was O That I Were an Angel and Korihor.  I think we did a good job hitting it all though.

For Alma 27-28, we just talked about the history.  The only verses I really spent any time on were Alma 27:27–28.  Alma 28 didn’t really have anything of value to teach.  The history is interesting.  Probably spent all of 5 minutes on this, though I had planned an activity for the kids to read 27:27-28 and write what they’d like someone to say about them.  The Anti-Nephi-Lehis are pretty great.

For Alma 29, I had planned to have the kids watch the following YouTube movie, follow along in their scriptures, and mark their favorite bits.  Then we’d do What Did You Underline — one of my favorite class activities.  But, again, with the combined schedule, I just dropped the activity and showed the movie.  Went fine.

I enjoyed this Korihor bit in Alma 30.  I had a kid who tried to argue that what Korihor did wasn’t all that bad.  He wasn’t breaking the law, just talking.  They shouldn’t have tied him up.  Heh.  By the end I think he was at least considering that Korihor was a baddie.

After a little discussion on the history, I had students tell me what some of the arguments Korihor used.  They did pretty well.  One thing I pointed out was how Korihor led with a demonstrably false statement.  Why do you think would he do that?  The kids said he wanted to make Alma angry, and drive the Spirit away.  Someone who is knocked back on his heels and defensive is not able to feel the Holy Ghost and respond or refute the upcoming twisted arguments.  Agreed.

I used a chart from An Anti-Christ in the Book of Mormon—The Face May Be Strange, but the Voice Is Familiar by Gerald N Lund to guide our discussion.

I also used the following quotes from that article:

In his second answer, Alma is absolutely brilliant. Let’s follow that one for a moment to see what he is suggesting. Korihor has stated that people can believe only that which they can see, or prove to be true. Then he categorically states that he believes there is no God. Alma points out that he is trapped in his own epistemology, saying, “And now what evidence have ye that there is no God, or that Christ cometh not? I say unto you that ye have none, save it be your own word only” (Alma 30:40). If Korihor really were consistent (in believing only that which he can experience), then he cannot believe there is no God, because he cannot prove there is no God.

Let’s see if we can illustrate the force of this argument. Suppose that a person decided he wanted to prove once and for all there is no God. Since the scriptures claim that God dwells in the heavens, the first task the person would have is to examine every cubic inch of the heavens (the universe), to see if there was no God. But even that impossible task creates a new set of problems. First of all, it would have to be an examination in the fullest sense of the word. Human beings see only visible light, which is a tiny portion of the electromagnetic spectrum. If by see we mean only what the eye can register, God would be totally missed if he exists at another frequency of the light spectrum. In other words, suppose God were at the ultraviolet or infrared frequencies. This person looking for God would miss him completely.

But examining every inch of the universe across the fulness of the electromagnetic spectrum still wouldn’t provide irrefutable proof. Suppose the person marked out the universe in a grid and began to search it systematically, square by square, from A to Z, and doesn’t find God in any of the squares. Could that person then say there was no God? No! What if God was in square L when the searcher started in square A, but by the time that person reached square L, God had moved back to square B or C?

Let’s put it simply. Korihor says he will only believe what can be seen or proven. Yet he says he believes there is no God. To prove there is no God, a person would have to perceive (in the fullest sense of the word) every cubic inch of the entire universe simultaneously! In other words, one would have to be a god in order to prove there is no God. And yet Korihor blithely denies any belief in God’s existence. In other words, Korihor is acting as much on faith (not righteous faith, but belief based on evidence that cannot be seen) as are those who believe there is a God. No wonder Alma accuses Korihor of having a “lying spirit” (Alma 30:42). (emphasis in original)

Of all the things the Lord could have chosen to convince Korihor of his power, what did he choose to do? Korihor is struck dumb (see Alma 30:49–50). In other words, Korihor had the power to persuade others by the word taken from him. (emphasis in original)

You can read the entire article here:  https://rsc.byu.edu/archived/book-mormon-alma-testimony-word/7-anti-chri…  (This link is broken.  Try this one.)

The image on this page of the book’s chart 3 is from that same website.

You may prefer the dumbed down (one might also say propheted up) version for the Ensign here: https://www.lds.org/ensign/1992/07/countering-korihors-philosophy?lang=eng