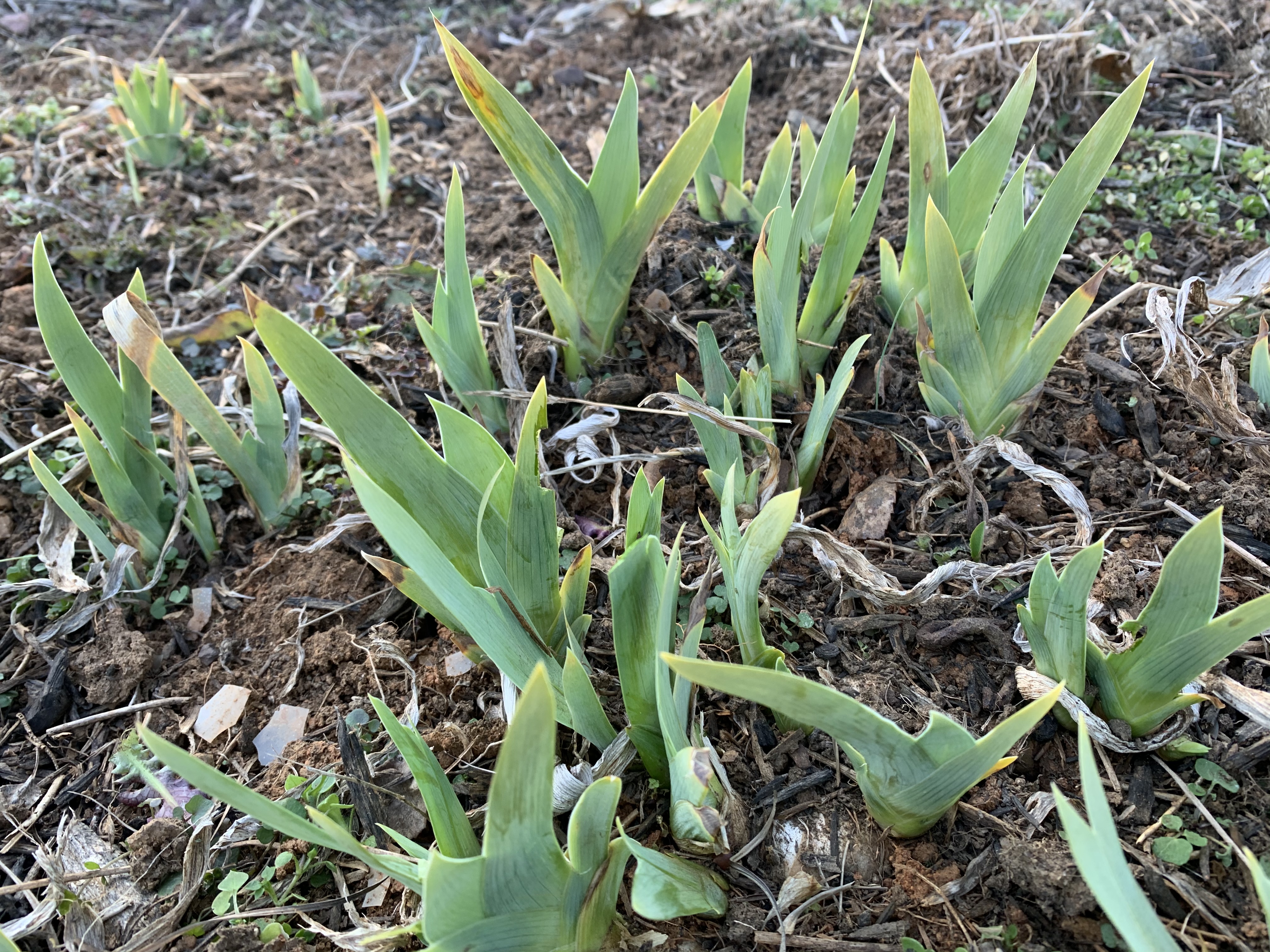 The weather outside is frightful,

And it’s because it’s so delightful.

The flowers are all aglow. :(

It has been so warm and wet this week all the plants are confused. We have daffodils already up and blooming 45 minutes away at Colonial Beach, and I’ve heard some early, sheltered daffodils Are also in bloom even here. My parents in Mississippi do not have daffodils up yet. The deer are out causing problems on the roads. It’s insane.

Jared went out and started cleaning up my rose bushes and the iris beds. The irises are looking very good and will need to be divided this year.

Allowing the New Dawn canes to come up and look a little jinky paid off last year, and I think I am going to have an actual solid wall of flowers this year. It took me about an hour to space it all out and fill in, and next year I will have to cut out some major laterals, but by then the bush should be very well established. The new New Dawn I put in on the other side is looking good, and it will start putting out canes that I can train this year.

I cleaned out the scrubby stuff under the rambling Aldi rose, and we cut it way back. Jared is going to move the rose bush I started too close to the steps over closer to the house to fill in that bare spot and help with erosion. I started that rose by bruising a cane, bending it to the ground, and setting a brick on it. Perfect! It took about two years to get well established, and we will move it this year (year three).

The Fitzhugh rose has the new plastic trellis, and honestly, I have no idea how to train it. I ended up putting the two super long canes up the uprights and trimmed the other canes to 3 feet. It’ll be an experiment to see what looks good since this new trellis is so narrow.

I look like I got attacked by a cat and the cat won — my legs and hands are all messed up. Garden gloves aren’t enough for a New Dawn thorn, and the Aldi rose’s thorns have a fishhook shape that makes it near impossible to pull them out of clothing or skin … or both.