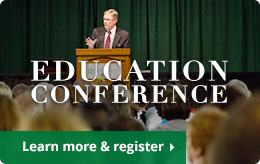 I attended SVU‘s Education Conference this weekend. What a strange experience that was!  It was part fundraising convention and part spiritual feast.  So bizarre.  At points it actually seemed like we were at a timeshare sales pitch or an Amway convenction.  Other times it was just like BYU’s Education Week, and sometimes even better.   I tried to tweet a little about it, but there were only 4-5 people there of the right age to tweet. :-)

I spoke with several old timers to the convention, and they said it is not normally so SalesPitchy for the university.  I think the new president, who came off like a real jerk, was totally out of line a couple of times.  It is completely inappropriate to solicit money and then end your pitch in the name of Jesus Christ. Wrong.  Dude was a seventy.  He should know better.  Jared and I left the second time he did it, which meant I missed my chance to correct former Church Historian, Marlin K Jensen. :)

Emeritus Seventy and former Church Historian Marlin Jensen gave a great talk at the Conference.  Sister Beck’s speech was so rambling that the hubs fell asleep :), and so we were really relieved when Jensen saved the day.  Anyway, he told a little story about a visit from to Salt Lake by a former Mississippi state attorney general, who he called Michael Miller.  His name was actually Mike Moore.  My father and brother are attorneys in Mississippi (where I grew up) and my daddy actually knows the guy.  So anyway, I was going to go up to him after the conference and tease him a little telling him he was about to witness a big moment in my life — I was about to correct the former church historian.  Instead we decided after the weird money-mony to just drive home.  James ONeill Miner performed several times in my old ward because he is related to a family that lived there. I’d rather get home a little earlier.

Anyway, aside from the school president who very nearly ruined it all, we liked the Conference.  I hope that more people living on the east coast will support that type of event.  We really need more stuff like that out here.  We will probably go again, but if Paul Sybrowski is speaking we’ll go outside.  Glade Knight was pretty interesting.  I think Kathleen, who has run the thing for the past 17 years, may be passing the responsibility to someone else. Anyway, several of the talks were very good, notably Lee Donaldson from the Church Missionary Department.  He said that the broadcast on June 23 was going to be one of those I-remember-where-I-was-when type announcements.  I am a little suspicious, because the last time I heard a church thing hyped like that the MoTab got a YouTube channel.  Really.  But anyway, maybe something great will happen.  He did say one weird thing.  He suggested we all set our privacy to Friends of Friends and link our FB profile to Mormon.org and share the post.  Not only no but…..  There is no way I am changing my FB ssecurity settings.  And FB is not the place to try to get people converted imo.  If the church is just trying to get people to look at us, maybe that’s okay.  But converts?  I don’t see it happening.  How many of you switched your vote because of what you read/had pushed in your face on Facebook during the presidential election?  Same thing….

I am very suspicious of Mormon.org in general. The church is looking for Members to provide text with indexable content to try to pull internet traffic AWAY from the anti sites, fresh content, and text to plug in even MORE hidden hyperlinks to content on other of the church’s sites like Jesus Christ.lds.org.  It’s a decent plan, but I am not sure that this is the best way.  The whole thing makes me vaguely uncomfortable.  That kind of linking is gray hat, imo, and I don’t like it.

On the upside, the recent marketing campaign in London has been genius.  If you’ve ever ridden the Tube in London, you have seen the ubiquitous ads.  Basically, the church bought out ENTIRE sections of the subway advertising space.  Every poster on an escalator will be Mormon.org.uk related.  The ceilings say “Ask a Mormon – mormon.org.uk”.  It’s on the floor, too. Awesome!

Can’t someone take a picture of a black Mormon besides Alex Boye?  People are going to think we have only one black member….  There is a beautiful black woman in my ward from Africa.  She is amazing.  SL should get her to model.  The granddaughter of the guy who found the Book of Mormon without the cover page in the dumpster in Africa is my brother’s good friend.  She’s beautiful and would be perfect, too.

Other very good talks were given by Brothers Bartholomew, Rasmussen, and Brotherson.  I took several notes on Revelation that I will use in my Seminary class later in the year.  I think that Kaye Hansen’s talk was probably pretty good, but I fell asleep.  Her voice used exactly the same cadence as those Book of Mormon tapes my parents used to play for me when I was a kid to go to sleep.  I was out in minutes.  I felt terrible, too, since Jared and I arrived early and were in the best seats right on the corner of the first row of the plebes .  Sorry about that, Sister Hansen.  :(

I do have one piece of advice — if you are like us, your registration documentation was never sent out, and you will discover that your dorm room is not, in fact, “hotel style” as stated on your receipt, but is actually a regular 12-man dorm.  You and the hubs will be on bunk beds, sharing a shower, kitchen, and living room with 5 other couples.  Oh, and because we didn’t get our registration materials, we didn’t know to bring sheets.  And towels.  And pillows. It wasn’t really a big deal for us — Jared had Mariott points so we just drove out of town for the evening to stay there.  But for others, it might be a bigger problem.  You might be able to buy sheets and pillows and towels at the Family Dollar across from campus in a pinch.

Anyway, I’d go to the Conference again, even with all the negatives.  The food was good, the campus is beautiful, the price was good, the play the students put on for us was surprisingly good, most of the talks were good, I got something to use in Seminary, and this type of event should be supported.  It’s a short weekend event and makes a great getaway for couples.  SVU is a great option for LDS students seeking Mormon standards but without the bubble of Happy Valley.  The town is small — VERY small — but students on SVU campus have 92% LDS population, 40 national sporting titles in just 17 years, they are almost in the NCAA, and they have the HIGHEST Institute enrollment and activity of any institute in the church at 85%.  I hope more people can ge the word out about this great school, and hopefully I’ll see you next year at the conference!