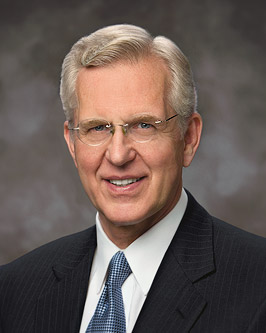 I am ashamed to admit this, but when Elder Christofferson was called to be an apostle, I was unimpressed.  “Why did they call that guy?” (1) I wondered.  He seemed less polished and charismatic than what I was expecting given the latest crop of super human apostles we seem to be getting lately.

Today on Facebook I read a friend’s post about how Elder Christofferson had said in a press conference that Church members can support gay marriage publicly and remain in good standing.  If you are not a Mormon reading this, that’s probably no big deal to you since your church probably doesn’t affect your public statement, but in a church where we appear before two tiers of church leadership to affirm that we do not affiliate with organizations that teach things contrary to the teachings of the church in order to worship in the temple, this is huge.

In essence, Elder Christofferson said that gay marriage is a political, not a spiritual, issue.  While the Mormon church will continue to not recognize or perform gay marriages, members may openly support it without fearing loss of temple privileges.  I have long supported civil unions, myself.  I support government in supporting unions that support people in leaving dangerous lifestyles for the stability of a home and family based partnership. For me, it’s the m-word I struggle with.  But I’m grateful that this issue has finally been clarified.

Anyway, in the aforementioned FB post, my friend mentioned Elder Christofferson’s openly gay brother, Tom Christofferson.  I followed some links and found the following talk by Tom titled ALL Are Alike Unto God given at the Arizona LDS LGBT/SSA Conference on April 26, 2014.

It occurred to me about 5 sentences in that this experience — of loving someone unconditionally — is at least part of the reason Elder Christofferson was called at this time to be an apostle.  Certainly without his influence and experience, the hard-line of the past may not have softened so that leaders could show members to extend their arms in love to our gay brothers and sisters.

Anyway, I was a fool, and I’m sorry for it, Elder Christofferson.  Hopefully I can become better for it, too.

Our God is Great and leads this church and hand picks his leaders.