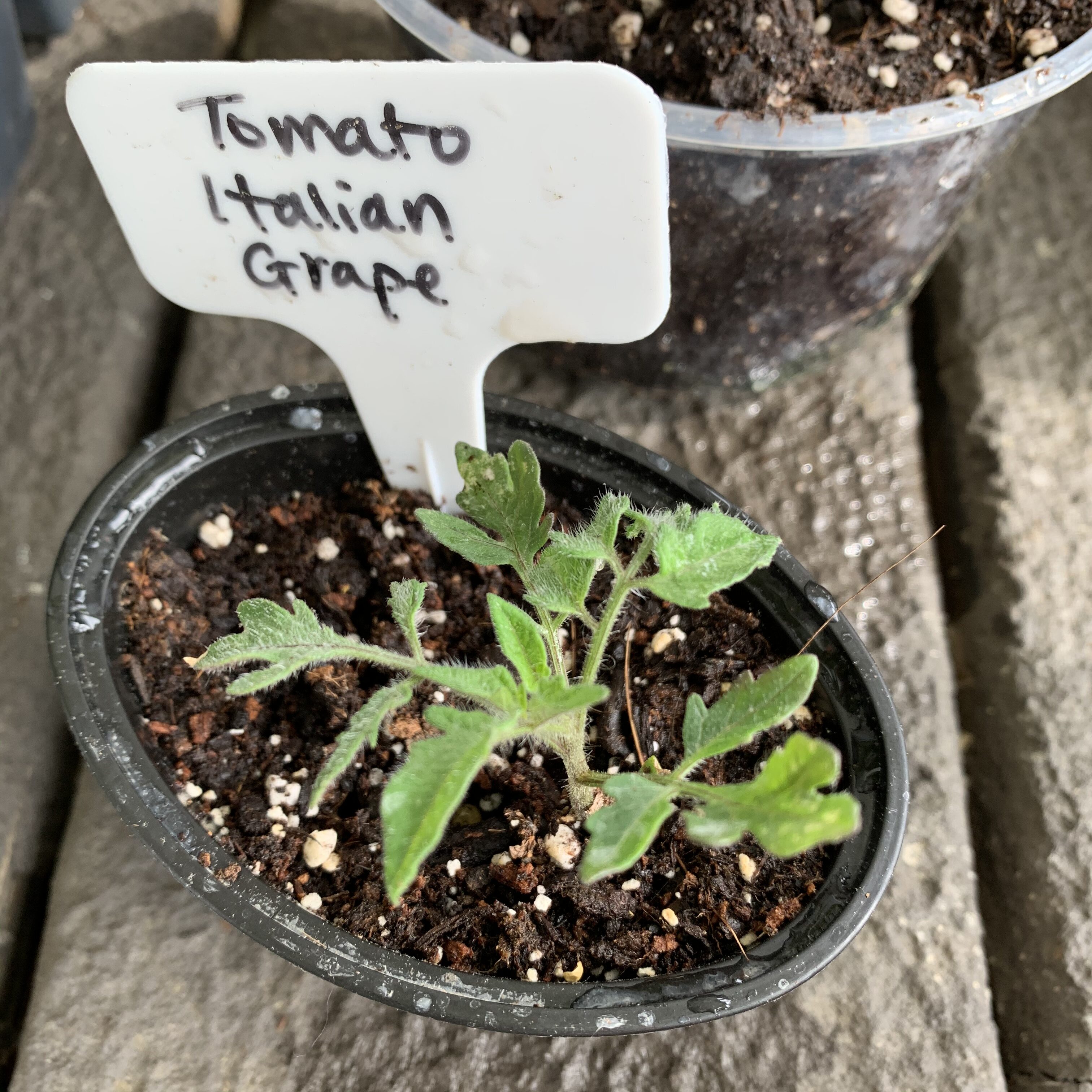 The Italian grape tomato plant — last of the seeds I stole from Italy six years ago, and the only seed to germinate — is progressing, but very slowly. I fertilized last week with a foliar spray (diluted Neptune’s Harvest), and it seems to be doing better. It’s been two months since I planted it, so I thought I’d post some pictures of its progress. It is planted in the only black oval-shaped container, so it’s easy to compare progress with its cousin plants, which are now three or four times its size.

Today, its cousins planted at the same time or 10 days later look like this:

I have worked hard to baby that runty seedling, and it’s paying off. Last week the stem was looking a little bendy, so I let it lean over and buried it in the potting medium hoping it might make more roots (that’s why it looks like it has moved in the pictures). That plus the fertilizer seems to have helped. I‘m beginning to think I might even get a few tomatoes off that scrawny-looking plant after all.

I am bringing the plants indoors for a few days while we protect them from the frost from this weird, late polar vortex. I put the Italian grape on the heat mat where I am sprouting some other seeds, and they stayed for a few days under the new LED grow lights from Lowe’s. The plant grow a ton in the past three days! I may keep it indoors for a little while longer to try and maximize this growth…..