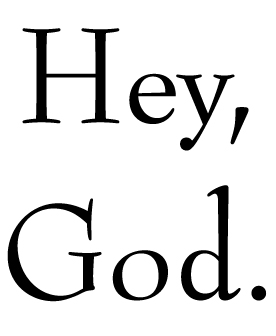 So this was quite a day.  My investigator asked to be included in our devotional and prayer rotations, so I added her name to our prayer bucket.  Today her name was drawn for opening prayer.  I asked if she was okay praying, and she said “Yeah, but don’t be expecting a fancy prayer.” I laughed and said we don’t have any fancy prayers in here — had she ever heard one?  The kids all agreed that we have a few kids who do give fancy prayers.  I think they meant formally-worded.  None of the kids give insincere prayers.

Anyway, she opened up her prayer with “Hey, God.  So I don’t know exactly how to do this except that I should list three things I’m thankful for first.  I’m thankful I woke up with my bed warm because it was ridiculously cold outside.” This was a joke, btw, but none of the kids laughed.  I think it was probably a good thing because it helped her switch gears into some more important items…  As an aside, so far this year we’ve only had one burst of laughter during a prayer — my son prayed and thanked God that we were able to have Seminary in our home. Most of the kids say this in their prayers, but the way he said it was so sincere that none of us doubt that he’s grateful he doesn’t have to travel for Seminary.  LOL.

She continued, “I’m also thankful that I’m able to be here this morning with all these people.  I’m grateful I woke up again today and that I keep waking up every day.”  She prayed for new member in our class who had shared some of his trials during his devotional just before she got up.  Then she prayed for the people on our prayer roll (she added one of the names), and wrapped up in Jesus’ name.

I was broken up crying by the end.  The other kids in the class complimented her on her prayer and were touched.  I love these sincere prayers, even when they start with “Hey, God”.  It was interesting to hear her express herself in words we might consider too personal.  Interesting, isn’t it, that we consider a personal conversation with the Lord not suitable for public prayer — that we think our words must be “fancy”.  I just kept thinking what a blessing it is to be able to see these kids study and learn the gospel.  They’re in embryo, gospel-wise, and it’s so very humbling to be able to watch them grow and develop.

Teaching Seminary is a pain in the butt sometimes.  It takes hundreds of man hours, thousands of dollars, the kids are (occasionally) troublesome, it’s terribly early and cold and dark, my house is a mess, and I can think of a lot of other self-gratifying ways I could be spending my time.  But on days like today I am so grateful I get to teach Seminary.  I’ve never fallen in love with a calling like this before — other teachers told me it would be like this, but it was hard to imagine it being possible before I had taught.  This gig is so great.

I’ll do lesson summaries a bit later.  Just had to get this off my chest.