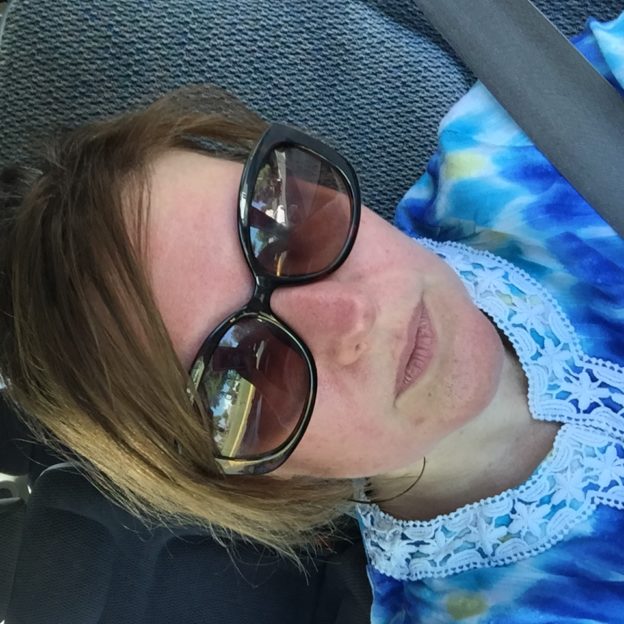 Not gonna lie — after the last run I thought I might not make it. I was so sore Wednesday and Thursday nights I actually had trouble sleeping. I had been so excited!  Friday was my scheduled run day but I was still sore and decided to put off the run until today.

I mentioned that I had never run before and that I knew my form was bad, so I did several hours of research on how to improve. The main thing I learned was to run on the balls of your feet with feet under the body. Apparently if you hit the ground with your heel first it actually interferes with your momentum and caused injuries. One guy said it should feel like you’re pawing the ground like an animal. That was probably the best advice.

The number two thing I learned was to start slowly to conserve energy for the last leg, which is hopefully a sprint to the finish.

The number three thing I learned is that my old shoes were worn out and I needed new ones. I ended up getting a pair of Saucony Kinvaras.

With these tools in hand, I went back to the park and ran.  Within a few strides I realized that although I thought I was already running on the balls of my feet I was not! I lifted my heels slightly and — poof — instant relief! I couldn’t believe the difference! I actually felt like I was flying or floating. It was actually kind of FUN!  I worked hard to jog at the beginning, and for the last 60 second spurt I actually had the energy to really run. In fact, I actually ran 45 seconds extra!!! Last time I ran I was dying by the end. This time I could have pushed even farther!

I did have that mid-point struggle again on rep 4, but it wasn’t as difficult this time and I did all 60 seconds.

And I traveled very slightly farther this time in the 30 minutes, but it ended up being a run/walk of 2 1/4 miles again.

So after being disappointed that I was so hurt after the first run, I am hopeful again. It will depend on how sore I am tomorrow, but I’m feeling confident again.

The picture is of me after the run and after I changed clothes to run errands. I always turn freaky shades of red when I exercise. Not cute. But I did it!