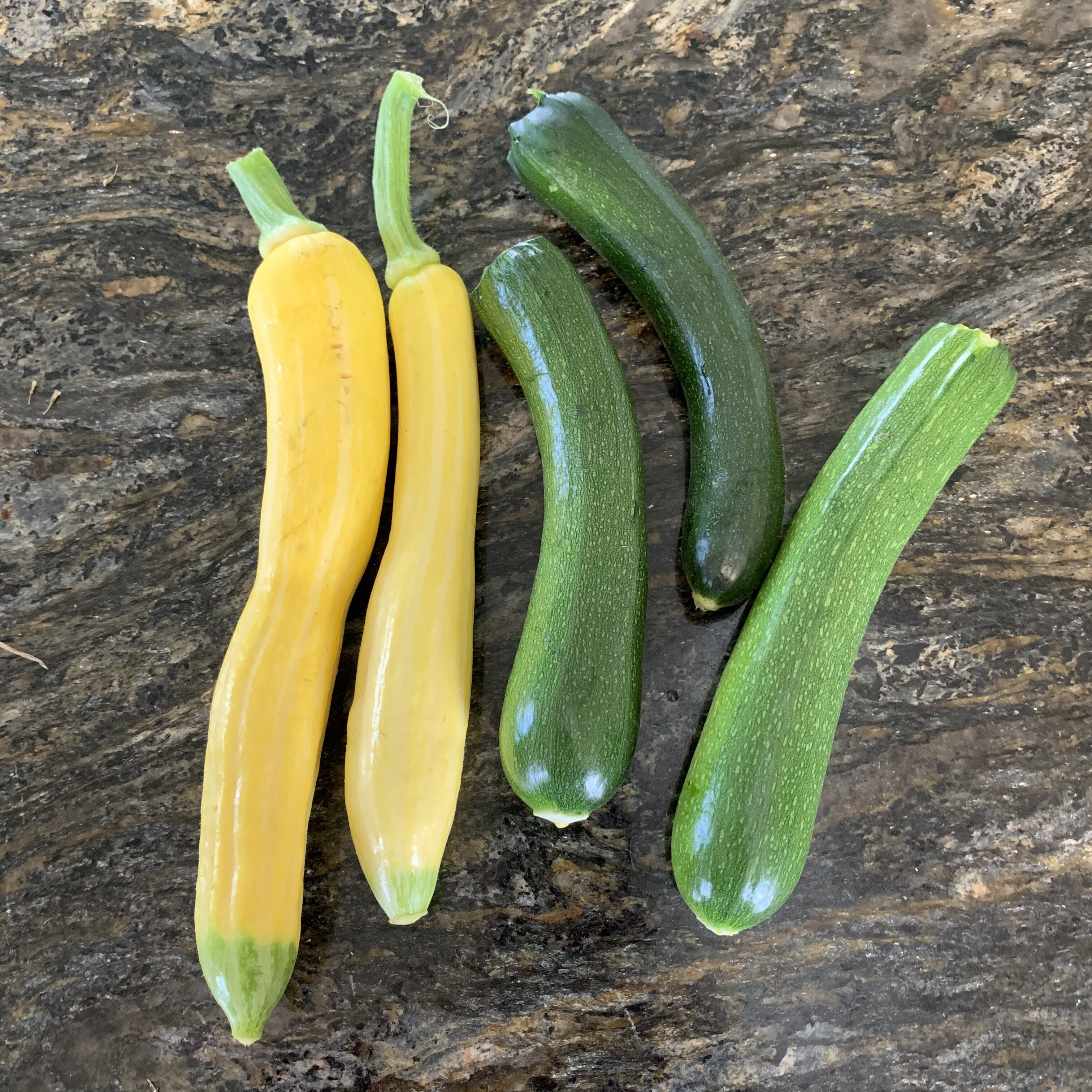 My daughter decided to move to Utah to be closer to school and to try and get her driver’s license at the beginning of the month. She got everything lined up, we found an apartment to move her into, and we’ll took off on June 4. The trip was super wacky. We had snow, rain, hail, rainbows, and dust storms. It was crazy. With the virus and protests, we decided not to travel after 7pm in case there were curfews, which slowed us down some — not that I minded. Sydney’s car is NOT comfortable to travel in.

We spent a few days with Jared’s folks on the way out. They are working on their new house. While they were giving us a tour, I recognized the flooring as the same kind I have in my house. Having just laid 1000sq ft of it and knowing how hard it is gold older guys to lay that stuff alone, I offered to help. The first day, Kirk and I did his pantry floor. The next two days, I helped him lay out a very complicated starting course. They have an almost 60 foot run through the house, which includes the hallway, so they had to work very hard to draw a line down the center and line up with that, which was not square with the other walls. It took most of the second day to lay the first seven runs. Frankly, he could not have done it without me. The next day we finished almost all of the living room and kitchen, with me working the kitchen since it was more complicated, and Jared and his mom coming out to work as they had time. That part was super easy, and we finished all you see in the pictures before lunch.

I had a nice visit with several friends in the area, attended a family reunion, and we did get Sydney moved into her apartment. Her place is just two and a half blocks from Caleb and Emma, so it’s easy for them to look out for one another. She also has a “friend” she met at EFY who has been taking her on dates a couple of times a week. She’s still doing her classes online, but her roommates aren’t great and she’s not loving the sociality of that. Aside from the fact that now Utah is exploding with coronavirus and is now less safe than Virginia, she’s set up well. I’m trying not to worry about her driving and the virus. But….. yeah.

I got to see Caleb and Emma little bit. They are in the married student housing at USU. I helped them plant out a few vegetables in planters and rug up this little hanging thing out of some rope and wire shelving. They aren’t allowed to put anything on the ledges, but they can hang things, so this’ll do. He has been sending me pictures as his plants grow, so that’s fun.

It turned out Sydney didn’t have things as organized as she thought she did, and she still does not have a drivers license, but after changing my flight already once, I finally gave up and came home June 26. She will have to rely on Caleb to help her now. “Adults”.

At least I had the garden to look forward to at home. (Oh, and Jared, too, haha.) My friend, Del, came over and took good care of my tomatoes while I was gone. There was a miscommunication and he didn’t check on the plants in the main bed, so they are looking kind of scroungy. The first week I was gone there wasn’t much rain despite it being forecast, so I didn’t water and he assumed it was happening automatically.

I took pictures of all the tomato plants for comparison. Some look rough:

Jared got had gotten home on the 14th. I asked him to tie up my plants first thing when he got home, so naturally he did it about ten days later, right before I was supposed to get home. As a result, the plants were a HUGE mess. He didn’t pull any weeds and let’s just say his Florida weave was more Florida than weave.

The tomato plants in the bales were all over the place, and he even completely broke off a Sun Gold about 6 inches above the roots. It has enough foliage that he didn’t break to come back, but wow. I was still finding broken bits of it today. What a mess.

At places, like above, he didn’t even get the plants inside the strings at all. I spend this morning tying up the plants and carefully working them into the weave. The results were an improvement, but they still look rough:

If I had realized at the time that this plant had only been broken a day or so, I’d have replanted it and tried to salvage it. As it was, I just took it into the house and put it in a bowl of water to see if I could get the tomatoes to ripen up.

June 22, he went out and documented all the plants and how many tomatoes they had:

Some of the plants in the bed — Atomic Grape being one — look terrible still. The other plants revived once he got home and started watering. Atomic grape has curled leaves and looks pretty rough. It is getting plenty of water, so I’m not sure what’s going on. I remember it curled up before when it needed to be repotted, but obviously not it has plenty of space. It seems like a finicky plant.

While I was gone, Jared fertilized the main bed with blood meal and the other plants with Neptune’s Harvest. The plants in the bed looked straggly, so I wanted more growth, and the ones in the straw looked good but it is a good idea to fertilize to help them put on.

I had explained to him that I had 3 spaghetti squash growing on one end of the bean trellis but there was about a foot and a half of space that I left on that end for him to spread the squash onto. When I got home, the farthest right plant was growing horizontally about 2 feet into the beans. I learned a couple of things fixing that: first off, spaghetti squash climbs super easily. Very little training needed. Also, spaghetti squash has SUPER STRONG tendrils. I mean TOUGH. I had to break them off with a fair amount of force in order to retrain the plant back where it belongs.

I had known I was going to have to pull out the peas since it’s hot now to make room for the beans. That wasn’t as hard as I thought it might be. Some of the beans had grown into the peas and were using them as a trellis, but most were happily climbing the trellis. Some did not grow much, probably die to not much light. Now that the peas are gone, they will get more light and should climb up the trellis well.

On the other side of the trellis I had to pull a bunch of weeds, mostly nut sedge.

On this side of the trellis, the beans are getting too much water. I’m going to have to do some re thinking about how I have these beds arranged… water is a problem. But so is user error—I asked Jared to water and he did, but he forgot about the water and left it on for about an hour. Beans don’t like to be over watered. But despite that, these beans looks pretty good, and I’m happy with their progress. Several are three feet tall or more. I saw several baby beans growing. We should be able to pick some random ones in a few weeks.

In happier news, my zephyr squash and zucchini are looking fantastic!

I have some baby butternuts growing:

Jared managed to kill the Cherokee Purple in the garden somehow — second death there so far — and he nearly killed all of my backup plants and plants from Del. I noticed they weren’t looking too bad this morning when it was cooler, so I watered them deeply and I’ll try to resuscitate them.

Most of the leeks survived in spite of being totally neglected for three weeks. Several outside the tubes lived. The ones inside the paper tubes look great, especially after being weeded, and they all survived:

The cucumbers needed work because Jared had trained them in a weird way. He had some on one string and others on two strings. I think he also didn’t realize there was a fourth small plant that needed a string to grow up, so he filled up its string with the bigger plants. Today I think I have them trained up as I intended:

The onions looked so good I pulled them today and replanted. It’s going to be exciting to see how many onion harvests we get out of these!

Jared didn’t water the Swiss chard, didn’t watch it for bugs, and also didn’t recognize when it was trying to bolt. Luckily he sent some pictures, and I helped him get on top of it. Yesterday I cut a whole ton of it and got it ready to start it’s come again phase. We will eat it today:

The tomatillos were nearly completely eaten up with bugs when Jared got home, but I had him spray some Sevin and fertilize them with blood meal to try and get some new, healthier foliage growing fast. It worked, and the plants are looking pretty good today:

The blackberries look incredible! This is going to be a crazy good year for blackberries:

Oh, I almost forgot about the peppers. They are getting too much water:

And lettuce/cilantro. Much of it has tried to bolt due to heat, and a fair bit of it died due to lack of water. I’ve decided to go ahead and let the cilantro go to seed so we can have some more fresh coriander. Love that stuff—especially on steak!

It took me less time to clean up the garden than I thought it would actually. I had imagined working every morning all week, but three hours this morning got the worst of it under control.

Tomorrow I plan to spray everything with insect killer and fungicide. I can see some damage coming on the lower leaves, so I need to keep an eye out for that and keep picking off bad leaves. I’m also going to fertilize with that some diluted Neptune’s Harvest as a foliar spray, and I’ll probably use it on the roots as well. I may fertilize the cucumbers — they seem a little weak. I will clean up the chard again, water the flower gardens, prune the roses, and get ready to start dividing irises.