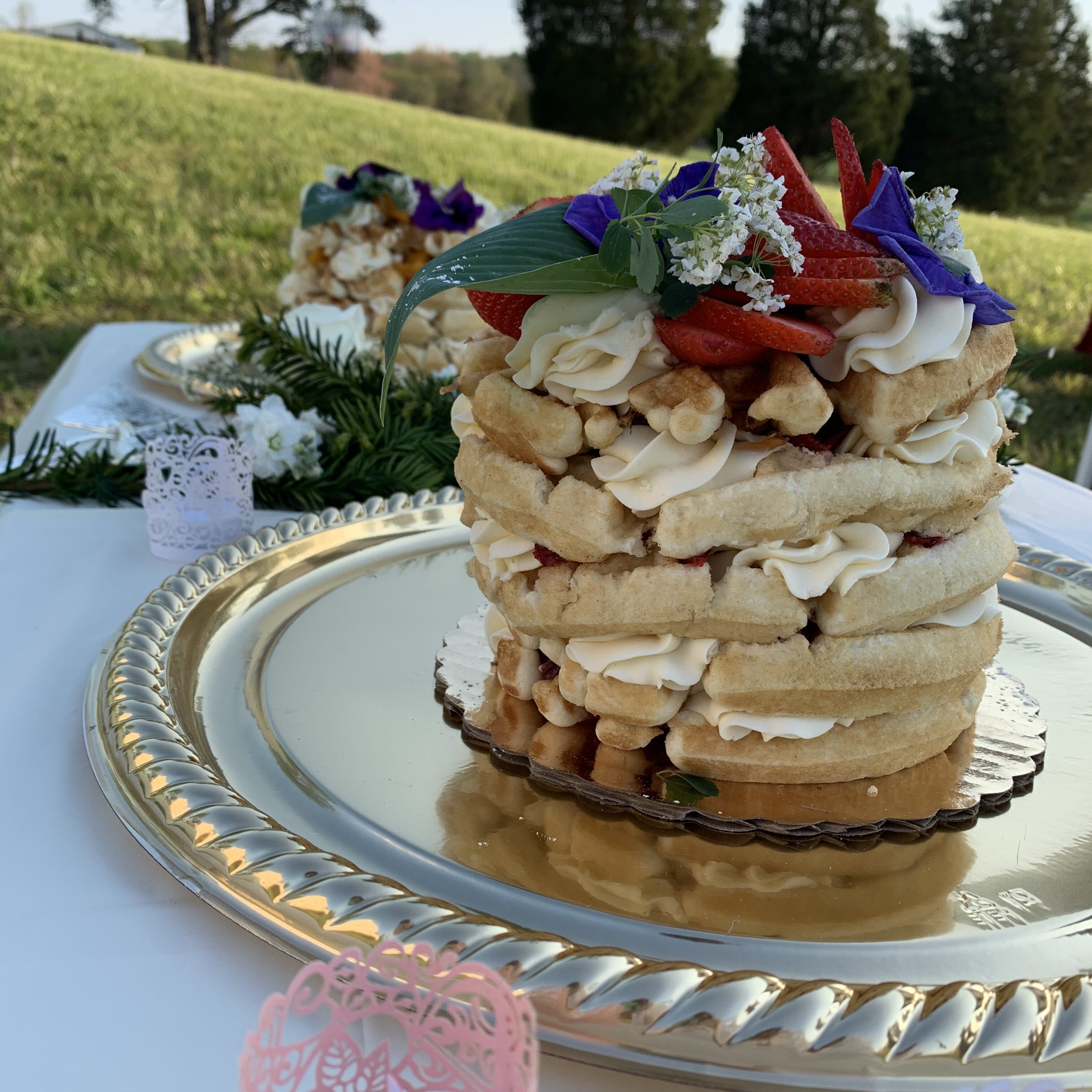 I’ve been recovering most of last week from the craziness. In addition to a scare where one of my Aunt’s aide’s tenants came down the corona virus, helping Sydney get her college plan finally figured out, and executing her Zoom birthday party, Caleb decided to go ahead and elope, corona virus style. He and his fiancée have been living here since mid March, and when it became clear that the temples probably wouldn’t open in time for them to get married on June 6 as planned, plus the fact Emma had to go back to Utah to move out of her dorm meaning she and Caleb would be quarantined apart, they decided to just go ahead and get married.

Caleb told me Saturday morning after I cut his hair. I was thinking May would be a good time, but no. They wanted to get married on April 20, because she liked the date (cue the pot jokes). It was an … exciting … proposition — they didn’t have a marriage license, all the courthouses are closed, and any gathering of more than 10 people is illegal in Virginia now. Plus she didn’t want to be married at home in Georgia, she wanted to be married at our house. In eight days. Her family is six people, ours is four, plus Aunt Sally Lou, a bishop, and a photographer. 13 people. It has been crazy.

I called the Sherriff’s office to find out if they had any suggestions. They didn’t, but they confirmed what I thought, which was if someone called, they had to come out, and we live right on a main road. We ended up splitting the wedding into two parts: a wedding ceremony with the adults and a ring ceremony with the siblings so that everyone could participate without “assembling” more than ten of us together. It was silly, but it was legal, and nobody got arrested.

Luckily Emma is one of those girls who has thought long and hard about weddings, so she has some definite ideas. I had her make a Pinterest board, and with that and my amazing friend, Cara, we were able to make some plans.

She wanted it to be kind of woodland-y,/boho and with some thought I realized that the structure we have at our fire pit would be the perfect look, much better than my garden, which isn’t in bloom yet. So, we pulled some of my furniture outside, ordered food and had a friend deliver it, ordered waffle cakes from Eileen’s, got flowers from Costco, greens from around the farm, table covers from Party City, ribbon from Michaels, and lights from Amazon. Everything arrived in time, and with her family’s help Monday afternoon, we pulled the whole thing together.

Jared set up a YouTube Live account, and we invited the friends and family to watch it. It all came together beautifully, and looked fantastic. It really could not have gone more smoothly considering.

We haven’t got the pictures back from the photographer yet, but these snapshots will capture the vibe. The weather cooperated and warmed up and the wind quit blowing and the rain missed us, so it was all perfect. It took two days to clean up the house from the chaos, but it was worth it. We are excited the kids could start off this way and excited to watch them grow up together.

I'm Jenny Smith. I keep up with three cars, two kids, one husband, and I live on 300+ acres of rolling farmland in Northern Virginia where we look after an elderly relative. I like tomatoes, all things Star Trek, watercolor, and reading. I spend most days in the garden fighting deer and groundhogs as I pursue a graduate degree. I'm trying to be like Jesus -- emphasis on the trying.