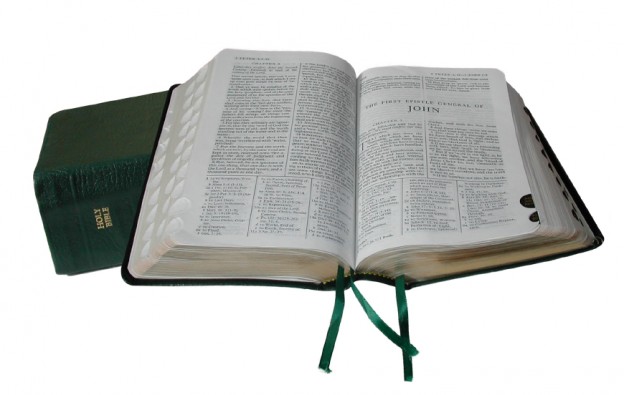 Tomorrow is election day which is a holiday here in the Commonwealth, and so I’ve got a bit of a break tomorrow.  Time to catch up on the blog.

This morning a couple of kids had questions about BYU applications and Seminary endorsements.  I showed them the form I filled out and told them how I do it.  I explained that Seminary graduation is NOT a requirement for acceptance at any of the BYUs, but it is a factor. If two academically equivalent kids apply for a spot and one has graduated from Seminary and the other hasn’t, it’s likely the Seminary graduate gets it, but they know students who did not graduate from Seminary who attend BYU, and I named one. Also I explained how I fill out the endorsement form and let students know that I make sure I put on the form that they are reading their scriptures regularly, that they travel a long way for seminary, if they are doing their scripture mastery, if they provide rides or other leadership, and the like.

We also discussed that Seminary graduation is NOT a requirement for serving a foreign mission.  Many people say this for some reason, and several of my kids thought it was true.  Certain countries, like Brazil, do have a requirement for the visa that a potential missionary provide proof ecclesiastical training.  As part of the visa application, Seminary teachers are required to submit notarized documentation stating the student has had at least two years of ecclesiastical training. Every country does not necessarily have that requirement.

Anyway, that discussion took about 30 minutes, so I taught an abbreviated version of my lesson.

The part of the planned lesson I presented went pretty well.  I opened with a description of the history of the events in these chapters. The Kingdom of Israel has been destroyed, and the wicked King Ahaz is dead. I reminded the Old Testament kids about Hezekiah, who is now king, and who has reopened the temple and begun pulling down the groves of false idols. He’s a righteous king.  He decides to obey the Lord and stop paying tribute to the Assyrians.  It goes as you’d expect.

We looked at 2 Nephi 20:26–32 and noted the list of cities being attacked by the approaching Assyrian army, ending at Nob, which is not far outside Jerusalem as I understand it.  Then we read 2 Kings 19:32–36 to find out what happens. It makes me laugh when the Assyrians go home. Though short, this is a powerful message about faith and trusting the Lord.  Even with the most powerful army in the world looking at him, Hezekiah remained true and the Lord kept His promise.

I was sad we had missed out on so much of the great teachings from the lesson before.  I didn’t love the discussion on how to understand Isaiah coming at this point in the manual — I had already covered this in our ealier discussions, and it seems counter-intuitive to learn how to understand Isaiah AFTER you’ve already limped through.  2 Nephi 25 should probably be taught BEFORE any serious discussion of Isaiah.

So anyway, on this day I wrote the following topics on the board and let the kids choose what they were most interested in learning about:

The kids were most interested in Grace, challenges of belief, and the Millennium.

I covered the Ensign stuff, and it went fine.  It was not particularly interesting to the class, but I was able to get them to note in their scriptures who the people referred to in 2 Nephi 20:1 are using the chart from the manual and cross referencing D&C 113.

Grace.  I was surprised and THRILLED that students were so interested in Grace. I used the manual as a base for this discussion, but it was pretty free ranging. As it happened, someone from the LDS Seminary Teacher Group had recommended the talk by Brad Wilcox His Grace is Sufficient. This talk was perfect for our discussion.  I didn’t play the video or audio, but instead I just told his story/analogy about the piano lessons.  My son takes piano, so it worked great. By the end the students seemed to have grasped what Grace is, and I spent a little time on the enabling power of grace.  Bednar (who I love) is the guy for that topic, but we didn’t get that deep.  For now, the piano analogy is perfect.

Responding when someone challenges your belief in Christ or says you aren’t Christian – We were at the end of class, and I didn’t have time to have students practicing responding to this question as I had hoped.  Instead, I talked with students about some of my experiences with this question.  In the past, I’ve blown back with the canned response: “Well, the name of our church is The Church of JESUS CHRIST of…”  Can’t say it was particularly persuasive.  The truth is, when people say Mormons aren’t Christians, they mean many different things.  I suggested to the class that if I were to respond now, I’d try to find out more about what they mean when they tell me I’m not Christian.

I explained to the class that it’s necessary for us to find out why someone might say we aren’t Christian before we respond; otherwise, we might miss a teaching opportunity.  It’s not necessary for us to get defensive or upset, but we can share our thoughts and testimony respectfully when someone questions us about our beliefs.

Today I played a great song I found on YouTube:

I handled the Millennium first thing today since we didn’t have a chance to cover it the day before.  Used the following verses:

We named the things that would occur during the millennium.  I used the quote from the manual for verse nine:

Elder Dallin H. Oaks of the Quorum of the Twelve Apostles:

“In our day we are experiencing an explosion of knowledge about the world and its people. But the people of the world are not experiencing a comparable expansion of knowledge about God and his plan for his children. On that subject, what the world needs is not more scholarship and technology but more righteousness and revelation. I long for the day prophesied by Isaiah when ‘the earth shall be full of the knowledge of the Lord.’ (Isa. 11:9; 2 Ne. 21:9.)” (“Alternate Voices,” Ensign, May 1989, 30).

For whatever reason, the kids were all into this. I’m glad they were interested in the topic because it makes my job so much easier!

I was relieved to get back to covering the material we had read the night before at this point.

I asked the class what was happening during the first 13 verses of chapter 26.  At what time period would they occur?  How does Nephi feel about what will happen to his people?  What about verse 7? Even though Nephi knows that terrible things will befall his descendants and eventually they will dwindle in unbelief, he acknowledges the justice of God.  Also made the point from the manual that the justice of God requires that the wicked be punished for their sins and the righteous to be blessed for their actions.

Now, starting in verse 14, we get prophecies about the last days.  What does Nephi describe?  How does Satan lead  the people astray?

Closed up with verse 33 and the quote from the manual. One student in particular loved this quote:

“I hope that we welcome and love all of God’s children, including those who might dress, look, speak, or just do things differently. It is not good to make others feel as though they are deficient. Let us lift those around us. Let us extend a welcoming hand. Let us bestow upon our brothers and sisters in the Church a special measure of humanity, compassion, and charity so that they feel, at long last, they have finally found home. …

“It seems only right and proper that we extend to others that which we so earnestly desire for ourselves.

“I am not suggesting that we accept sin or overlook evil, in our personal life or in the world. Nevertheless, in our zeal, we sometimes confuse sin with sinner, and we condemn too quickly and with too little compassion. …

“… Let our hearts and hands be stretched out in compassion toward others, for everyone is walking his or her own difficult path” (Dieter F Uchtdorf, “You Are My Hands,” Ensign, May 2010, 68–69).

How Can I Be Lyrics

Here are the lyrics for How Can I Be?