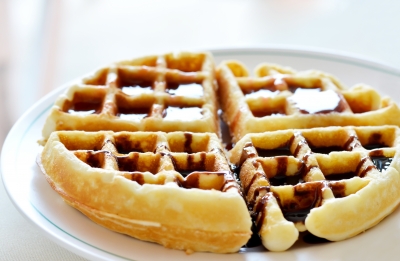 I’m feeling better about Seminary this week as things have settled down.  I’m also glad I held out on the manual — the last two lessons have been usable for me, and made planning a lot easier.  Earlier in the week it was looking like the manual was going to be unusable.  I’m glad I was wrong.

To open this lesson I asked for three volunteers to come to the board and draw a picture of the people who have now joined Lehi on his journey. In addition to Lehi, Sariah, Sam, Nephi, Laman, and Lemuel, the group now includes Zoram, Ishmael, his wife, 5 daughters, and 2 sons with families.

After getting the story line straight, I used the questions from the lesson manual to guide the children in talking about the importance of families and forgiveness.  On the board I had written part of the quote from the manual: “Nephi did not pray … to have his circumstances changed. Rather, he prayed for the strength to change his circumstances,” by Elder Bednar.

I appreciated that the manul said this lesson was short enough to allow time for scripture mastery.  Since I didn’t bother trying to hit the Tree of Life according to Lehi (I’m figuring I’ll hit that in earnest over the next several days with Nephi’s more detailed version that includes explanations), my lesson did end early, and so I gave students time to work on memorizing Moroni 7:45,47–48.

I recently got some small waffle makers and announced in the summer that today would be a pancake/waffle/cheese grits feast for anyone who memorized the passage assigned to them.  I had 5 students who did so.  Several others tried pretty hard, so after the first group had mostly eaten, I talked a bit about mercy and justice and let those who tried hard and failed eat the pancakes and grits that were left.  Those who didn’t try didn’t eat.

I have students write devotionals during class, and so today we did a lesson on how to give better talks.  We talked about what makes talks boring or repetitive and how to give a better delivery when we speak. Students were assigned to write a 2-3 minute devotional talk on a scripture mastery passage.  Underclassmen were to hand their devotional to their zone leader for comments and review.  Zone leaders were assigned a 4-5 minute devotional talk, and I asked them to focus on delivery.  Several of my Freshmen boys did not finish their talks or wrote too little.  I hoped to take advantage of this during the next lesson.

Today I drew a name out of the bucket to give devotional, and fortuitously, it happened to be one of the Freshmen boys who was goofing off.  His talk was articulate, but it lasted exactly 24 seconds.  He is solid, so I used him as an example to talk about using time wisely and using zone leaders to help you with your assignments.  I will give students a little time to work on these later on if time comes up next week, but I think they know I’m expecting them to up their game.  The upper classmen had no problem with the exercise because they’ve done it before.

For the past two years now going on three, I’ve required everyone in my class to pass off the books of the scripture we are studying.  We sing the song until everyone has the books memorized.  If you pass it off, you don’t have to sing anymore, so students are motivated to learn songs as fast as possible.  It took us about 3 weeks to learn the Old Testament version.  New Testament was hard, too, but I think we only sang it two weeks.  Book of Mormon is going faster.  3/4 of the class has passed off the song as of today, but the BEST moment of the day was when our investigator passed off the books of the Book of Mormon and the whole class erupted in applause and whoops of congratulations for him. Best moment ever.

FYI, the song we sing goes to the tune of Ten Little Indians.  The music from the children’s song book is painful in the extreme, so we are just doing this a capella the way I learned it when I was a kid:

First and Second Books of Nephi
Jacob, Enos, Jarom, Omni
Words of Mormon and Mosiah
Singing this is so fun!

Alma, Helaman, Third, Fourth Nephi
Mormon, Ether, and Moroni.
We just sing this little song
About the Book of Mormon.

There are four beats per line.

I had an observer from the Bishopric today, too.  He is the father of several students, and it was good to have him there.

Today I used some stuff from Teaching the Book of Mormon Part One and some from the lesson manual.  I set up six tables this morning.  It was crowded, but somehow we all fit. I am hoping to get in two more tables so that I can organize the tables a little better.  Right now the tables are a bit awkward since I’m using a sofa table and the table the guys use for shooting.  I’d prefer if all six matched, but if I can get 4 and 2 I’ll live.

I think I’ll take a moment to document my classroom set up pains.  This year I rearranged the couches and moved my TV to leave a larger space for my larger Seminary class.  I don’t like it, but with 23 students in my basement, it just has to be this way.

For the first day of class, I set up like this:

Everyone can see each other and it’s difficult for students to get out of line.  Discussion was pretty good.  I was able to set up my materials in the center of the classroom for our Three and Eight Witnesses lesson, and so this worked well.  It was also good for the introduction to Seminary lesson on the first day so that everyone can get used to each other.  Problem with this set up is that my back is to some students part of the time.

I needed to use the easel for the following lesson, so I changed the chairs to look like this:

I call this Double Rainbow.  It’s a good way, too, but I can’t always get close enough to see what kids are doing. We stayed this way for a few days. Our next activity was writing talks as zones, so I set us up like this:

This setting has the advantage of setting up as zones, but I was a LOOOONG way from the kids on the back row.  That didn’t seem to bother them, and they did plenty of commenting.  One advantage was that I could walk around the entire perimeter of the classroom.  The disadvantage is that the kids can’t see each other’s faces.  I suspect some of them had a hard time seeing the easel past so many heads, too.

Today I decided to try adding tables.  My hope was to do a double u, but I ended up with this double T-like formation:

It worked out okay.  The tables are a little awkward but at least it’s possible to set them up. I will only use them when necessary, however.

A group of us started a new Facebook group for Seminary Teachers earlier this week.  I think we’ll have 100 members by the end of the week.

My parents left town early this morning, and so I’m not entertaining any more.  Jared and I took them out to eat at the pub at Kelly’s Ford yesterday — what a beautiful location and great food. It was a nice break.  That view is definitely good for the heart, and probably the digestion :)

My aunt is set up with her nurses, and I’m not traveling to the nursing home every day or running so many errands for her.  There are a few loose ends to tie up with the payroll company and such for her caregivers, but it’s definitely manageable.  There’s a service project this weekend and band thing, but other than that, my calendar is totally open.  I’m thrilled!